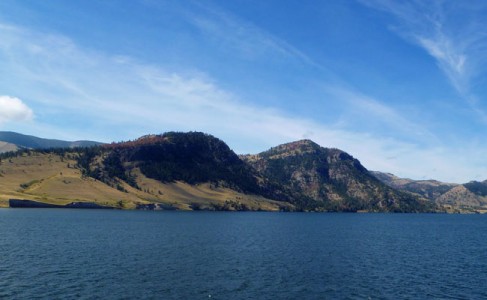 Holter Lake and Road to Beartooth WMA Open
By angelamontana

Fire closures have been lifted on Holter Lake and Holter Lake Road, which leads to the Beartooth Wildlife Management Area.

The closures were put into place earlier this week because of the Holter Lake fire, northwest of the reservoir, or about 55 miles southwest of Great Falls, on private and state land in steep, rugged terrain.

Opening the Holter Lake Road means the Beartooth WMA will be accessible. In addition, the road on the WMA to the upper Elkhorn Creek campground will be open from 8 a.m. Friday to sunset Saturday.

Normally the Elkhorn road closes Sept. 1 but because the WMA was inaccessible from the fire, FWP officials decided to allow hunters an extra two days to drive in and set up camps.

During the fire, FWP assisted the Lewis and Clark County Sheriff’s Department and the Montana Department of Natural Resources and Conservation, which managed the firefighting efforts.