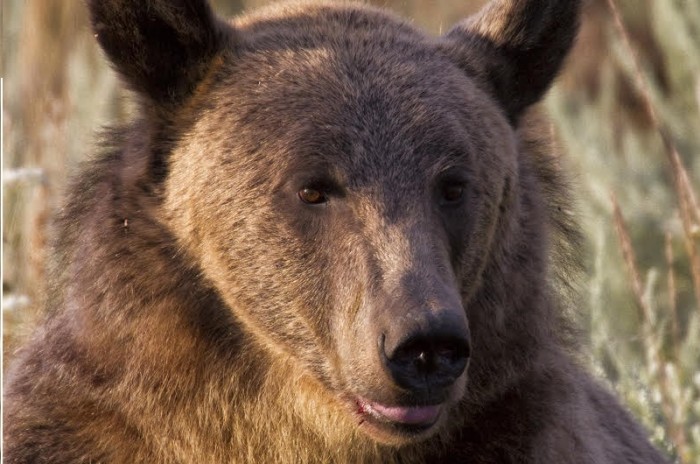 How do grizzly bears navigate so well, especially across rugged, mountainous country? That’s the main question that came to my mind after writing a story about an 8-year-old sow grizzly with a cub. She had been captured southeast of Red Lodge after killing cattle and was spared a death sentence because it was a first offense and she had a cub. So bear managers transplanted her and her cub to the upper Gallatin Canyon, not far from the Yellowstone National Park border. It’s more than 100 air miles from where she was trapped, yet somehow she managed to find her way almost all the way back to Red Lodge in a matter of weeks. She was finally killed by Wildlife Services after preying on more cattle, this time in the Fishtail area – a bit northwest of Red Lodge. So did she navigate by her nose? I know grizzlies have a great sense of smell. Could she be guided by the stars or some magnetic pull? If you took a human that had only lived in Red Lodge and moved them by trailer to such a distant location, could they figure out a way back. I don’t know. But it just goes to prove there’s a lot we don’t understand about wildlife and their behavior.

To read more about the sow’s incredible journey, see my story in The Billings Gazette at: http://bgz.tt/bchk4