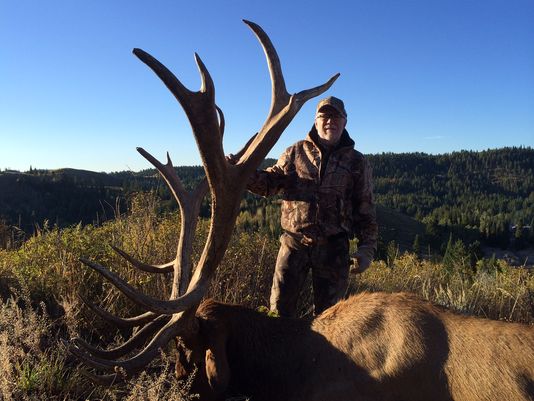 Leon Bernard of Great falls was hunting with a guide in the Blackfoot Mountains of Idaho last month.  On the third day of the hunt, Bernard spotted a bull elk about 250 yards away, but it was too late in the day to take the shot.  The next morning, Bernard and his guide ventured out in search of elk once again.  They spotted the same bull they had seen the previous day on a hill and crept to within 300 yards.  Bernard drew, fired and dropped the massive elk “like a brick” according to his guide.  Bernard hit the elk perfectly in the lower part of the heart.  The elk weighed 1,000 pounds in the field and had an inside antler width of 5 feet.  It had to be scored twice, but it came out to an incredible 443 1/4!  Congratulations Leon! 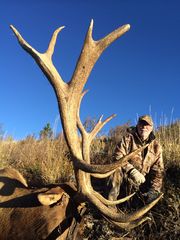 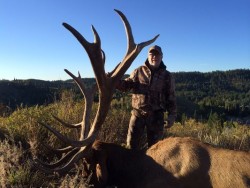