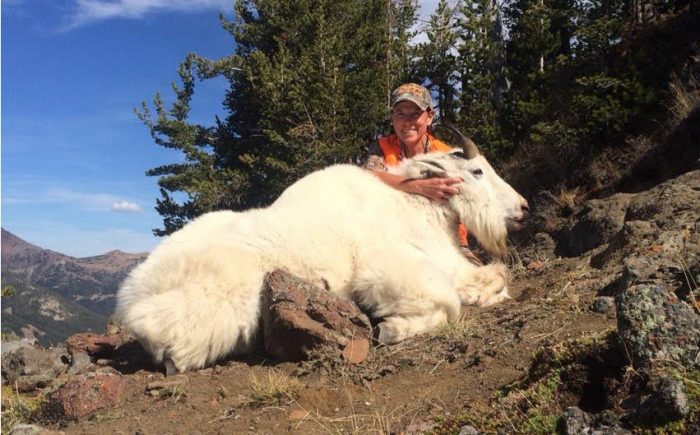 Cathy Percy got lucky this year, and everyone who hunts is likely envious. This year Percy drew a coveted mountain goat and bighorn sheep tag. The odds in the Missouri Breaks where she drew her bighorn ram tag were one-half of 1 percent – not very good. So she made the most of the luck and scouted the area north of Fort Peck Reservoir for four days before bagging a ram on the third day of a planned six day hunt. The ram green scored 175, just enough to qualify for the Montana book, but had impressive mass. With three days left to hunt she called her outfitter to push up the date for her planned mountain goat hunt in the Absaroka-Beartooth Wilderness. Typically a do-it-yourself hunter with her husband, Eric, the outfitted hunt was a whole new experience. It paid off too, with a billy that may be a new state record. She bagged the billy goat a week after taking her ram. What a week! To read more about her unique hunt, see my story in The Billings Gazette at http://bgz.tt/93eqv.