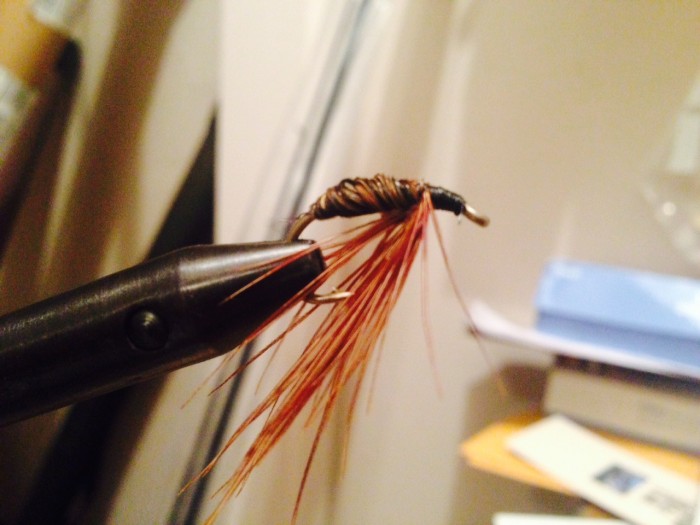 In the 1960’s Jim Teeny of Gresham Oregon was tying flies for a fishing trip to a lake in his home state of Oregon. After tying a few classic flies from patterns he had learned he asked his dad what he thought of his creations. His father looked at him and said, “well I think they look really nice Jim but I’m not sure if they’ll catch fish or not.” So young Teeny went back into his basement and started tying a nymph of his own design.

On his first cast in front of a rainbow trout the next morning that 5 pounder hammered the fly. In 1971 Jim opened a fly business and has fished the world over using the Teeny Nymph.

The Teeny Nymph fly has been responsible for 30 IGFA world records and at least 14 other records would have been broken but Jim didn’t want to kill the fish just to enter a record book and there are probably more.

With the fall season continuing into winter nymphing the prospect of a dry fly hatch isn’t likely but tying the Teeny nymph is one of the most effect flies there is.

And it’s easy to tie. Here’s a step by step Instruction on tying the worlds most effective fly:

1. Tie-in thread in behind hook eye and wrap back the shank to over the hook point, forming a good thread base. 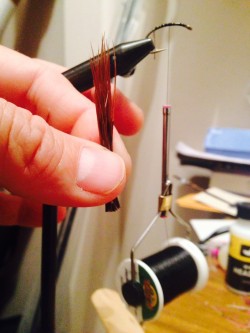 Tying the Teeny Nymph step one and two

3. Tie the fibers in by their butts on top of the hook shank over the hook point

with the fiber tips extending back over the hook bend. (Here’s the tricky

part: Try to measure the fibers so that there is sufficient length to wrap

the nymph.) Bind down the fiber butts and return the thread to behind the 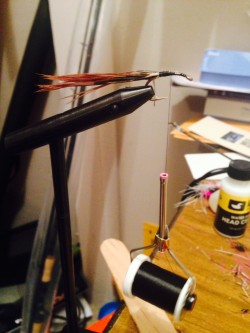 4. Holding the hackle tips, wrap the fibers up the hook shank toward the hook eye in tight touching turns. Tie the wraps off behind the hook eye. (DO NOT TRIM OFF THE REMAINING FIBER TIPS.) 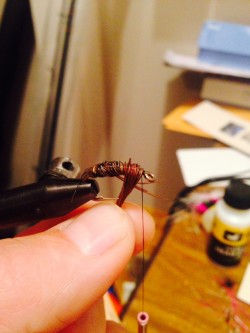 5. Take the remaining fiber tips and stroke them back and down, forming a set of legs.

6. While continuing to hold the fibers back, wrap over the fibers behind the hook eye, forming a thread head and locking the fiber legs in position. 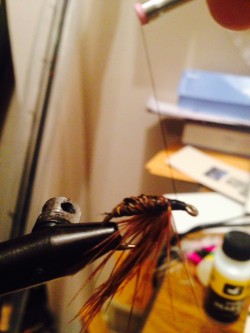 7. Whip finish and cut the thread. Apply head cement to the thread head. 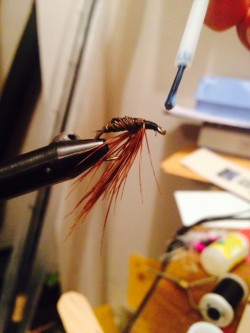 Next fish the fly anywhere, anytime, any how and see for yourself just how effective the Teeny Nymph is!

If fly tying isn’t for you, visit www.jimteeny.com to order custom made teeny nymphs.