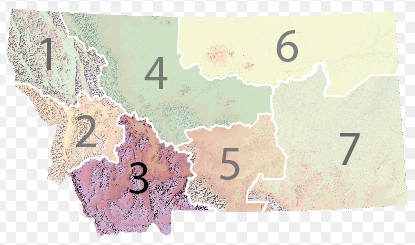 (Bozeman)—The brisk winds and cold temperatures over weekend No. 5 did not deter hunters from being on the landscape; check stations still recorded high hunter numbers and strong success.

The Cameron check station continued its trend this season of above average game harvest. Hunter success rate was 18 percent, with 64 elk, 21 mule deer, and 10 white-tailed deer checked. Total elk harvest was the second highest ever recorded for weekend 5, and mule deer harvest was the highest recorded since 1992.

In Mill City, number of hunters with game was 3 percent higher than the long-term average. Three elk, five mule deer, and two white-tailed deer were checked, for a total  hunter success rate of 7 percent.

FWP reminds hunters to stop at all check stations encountered – even if they have not harvested any animals. The general rifle season for deer and elk runs through Sunday, Nov. 29.