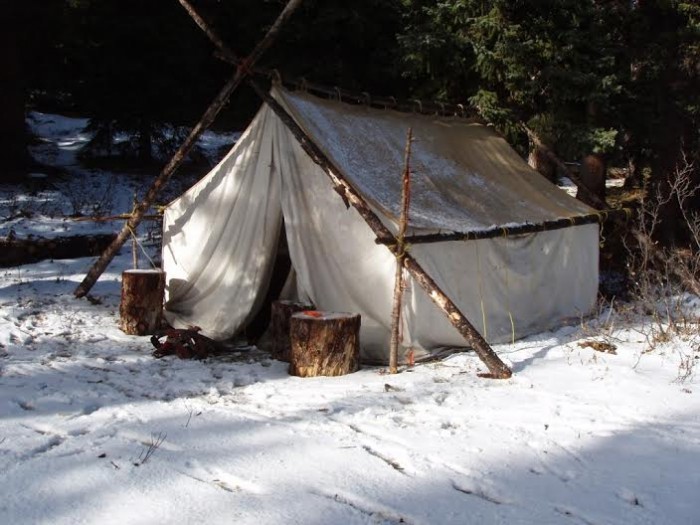 Cast of Characters at EVERY Hunting Camp
By Kamp Cook

Dennis Anderson, of the Star Tribune, recently laid out the entire list of characters. Illustrations by Adam Turman

Deer camp ain’t your momma’s white-carpeted living room, an obvious point, except to this fastidiously anal shackmate who each year insists everyone pull off their boots before entry, hang their blaze orange bibs from a numerically designated nail and, most egregiously, clean their bloody gutting knives outside, rather than in the kitchen sink. Forever accompanied by a holstered spray jug of disinfectant, swaggering with it like Gary Cooper in “High Noon,” The Freak also is a laugh-a-minute at happy hour when he warns that even factory-packaged red Solo cups aren’t moonshine-ready until sterilized at 340 degrees Fahrenheit. Want to be invited back to deer camp year after year? Don’t be this person. It’s deer camp. If anything, tidy up your shooting. Leave the rest a mess.

Encyclopedic in his superficial knowledge of whitetails and their behaviors, this hunting partner is forever ascribing to rubs, scrapes and trails the exact dimensions of bucks whose comings and goings these markings may or may not indicate. “A six-pointer headed west,’’ the Deer Whisperer will offer one day, having fallen to his knees to hover a hand, priest-like, over otherwise indecipherable, hoofed indentations. Then, betting the farm that his hunting partners are too naive or too polite to dispute a follow-up whopper, he doubles-down: “Trailing a doe. Just a yearling. No sign of estrus.’’

Routinely, the Deer Whisperer also seeks to one-up his hunting partners in his understanding of the whitetail’s olfactory capabilities, dousing himself in fragrances he believes will transform him into a buck magnet. Typically on Day 1 in camp his bouquet of choice is “Doe in Heat.” The next day, “Wanton Whitetail.”

Dude. Give it up. It’s hunting. Not online dating.

Each is a festival of snoring (deer shacks being the worst), with grown men cramped inside shanties not much bigger than outhouses and smelling no better. From the time the last gas light is doused until reveille a few hours later, it’s Wheeze City, alternately punctuated by leg-cramp screamers and dreamland oddballs who in their nighttime stupors apologize to Mommy over and over: “I ate the cookies. I’m sorry. So very, very sorry.” Widespread use of CPAP machines powered by outside generators has in some camps quieted the rhythmic heeing and hawing. Yet, a dark shack filled with a half-dozen heavyweights wearing Hannibal Lecter-like masks is no walk in the park for the sleepless guy on the top bunk, Remington at the ready. “Never Come Morning,” the title of the great Nelson Algren novel, also describes exactly the fear of many November shack-dwellers.

Their quest is deer. They’ll settle for survival.

Much as some Minnesota deer hunters fantasize about “stalking” their quarry through the state’s hinterlands, tiptoeing perhaps in moccasins, blaze orange coonskin caps on their heads, the truth is that very, very few whitetails are leveled in this manner. Which is good. Safety-wise, mass movement of Minnesota’s approximately 500,000 deer hunters would seem a risky notion indeed. Better that “stand hunting” be the whitetail slaying method de rigueur, as it is in Minnesota.

Still, in every camp there’s a Hiker, the man or woman who can’t sit still and who an hour after sunup each morning descends from the tree perch and takes a walk. A long, long walk — first to one hunting partner’s stand, then to another and another. “Seen anything?” the Hiker will bark to his or her campmates, indifferent to the cone of silence whitetail seekers try to enforce in their hunting areas. “Me, either! They don’t seem to be moving today!”

But the Hiker moves.

Periodic additions to deer camps are necessary not only to sustain long-term survival but to freshen the jokes. A camp’s old-timers are particularly given to repeating the same stories year after year, changing only the sizes of bucks referenced and the number of points their antlers allegedly featured (both grow).

Enter, then, the need for camp Newbies and their stories.

“Two deer hunters were standing on a ridge near a highway in rural Minnesota on opening day,” one Newbie recently told his hunting camp partners. “They both spotted a large buck nearby. As the one hunter raised his gun to shoot, a funeral procession rolled slowly by. Immediately, the hunter lowered his gun, removed his hat and stood with head bowed until the motorcade had passed. The deer by then was long gone.

“  ‘Man!’ the other hunter enthused, ‘that was the most sportsmanlike act I’ve ever seen! You are a shining example to hunters worldwide!’

Unlike fishermen, deer hunters are not natural-born liars. An exception is Tall Tale Teddy, who returns to camp each day locked and loaded with Stories of Unbelievable Things That Happened to Him While in His Stand.

Jump-started by November’s cold winds and by the heft of an .06 in one hand, Teddy’s mind is a high-capacity magazine of hyperbole, an untreatable condition resulting not so much in fabrications as exaggerations. Teddy’s yarns speak to the hunt’s lore and legend, arriving rapid fire and exciting his campmates.

“Walking to my stand this morning by moonlight,” Teddy began after everyone had returned to camp that first night, “I followed the tracks of a lone wolf, a brute of an animal whose lifeblood is the hunt, as it is mine. ‘My competition,’ I thought, and I wondered whether the big canine might drag down Ghost Buck before I got a crack at him.

“You remember the deer from last season, Ghost Buck, the monster 12-pointer, thick as a bull. I would like to tell you he’s out in my pickup. And he almost was. Here’s what happened …”