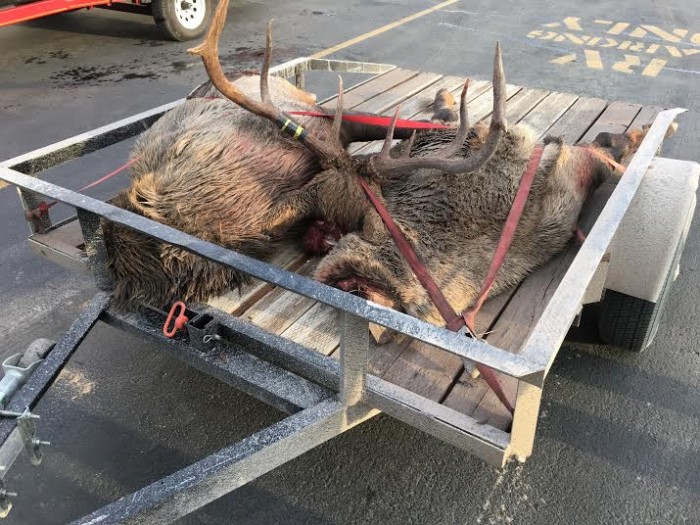 History.  History sometimes repeats itself.  Sometimes it doesn’t.  Sometimes people are happy about it, sometimes people are not.  In this particular case, Keyvin Weber, an avid Montana hunter, was pretty excited that history repeated itself.  Mostly because at this time last year, just one day later, Keyvin was celebrating his bull elk hunting success.  This year, just a day before his one year anniversary of harvesting his 2014 bull elk, he was doing the exact same thing…celebrating his bull elk hunting success.

The coolest thing about this particular hunt is that he was approximately 300 yards from the place he shot the previous year’s bull, and the antlers were very similar!  So, this could have been a relative of his other bull, but regardless of pedigree, this bull is filling the Weber family’s freezer!

Keyvin called upon his friend Kevin Frazier to help him get the elk out of the area, and they ended up cutting him in half and dragged him out without a problem.

Talk about bringing home the bacon…er elk!  Excellent work, Keyvin and awesome of Kevin, who is also a former active duty Marine, who took the time to celebrate the Marine’s birthday by helping his friend celebrate his harvest.   What a great day for everybody!  Have you seen a smile that big??  That is one happy hunter! 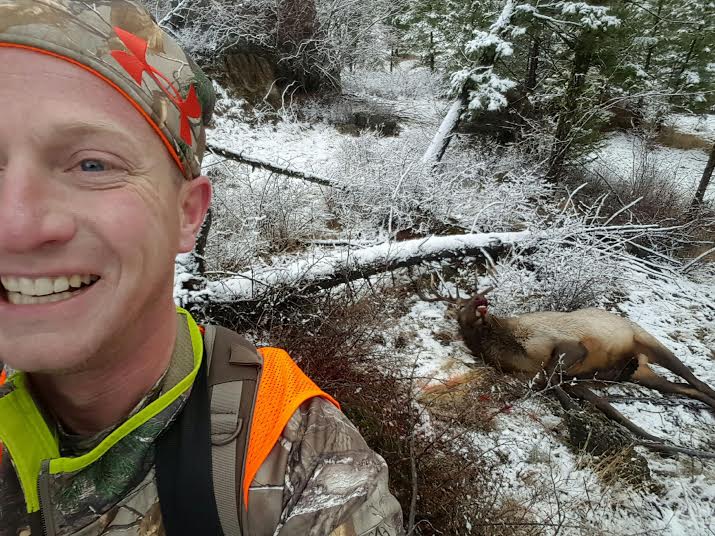