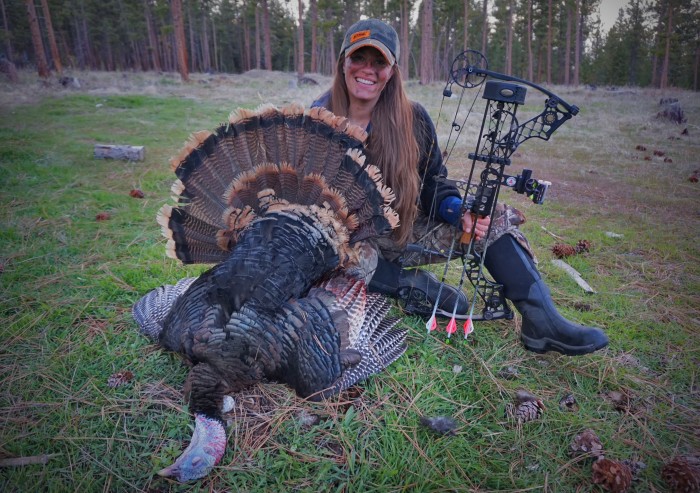 Most birds at the Thanksgiving table will come courtesy of Butterball, but fall turkey season runs through January 1, so theoretically some folks might have killed, cleaned and stuffed their own bird this year.

And old-timers might remember that the gobblers haven’t always been around in this neck of the woods.

According to Montana Fish, Wildlife and Parks: “Montana falls outside the wild turkey’s ancestral range and it is not native to Montana. When the Montana Department of Fish and Game decided to introduce turkeys into Montana, it selected the Merriam’s as the best choice to achieve success. In 1954, department biologists introduced 13 Colorado birds into the Judith Mountains of central Montana. A second release was made in 1955 when 18 turkeys from Wyoming were released into the Long Pines area of southeastern Montana. Wyoming stock was also used in the Ashland area of southeastern Montana in 1956 and 1957 when 26 birds were released. This marked the last time stock from outside Montana was transplanted. Subsequent trapping and relocating distributed turkeys through numerous sites in Montana.”

Hunters can chase toms in a special spring season and either sex in the fall. A special turkey license is required and hunters can only take one bird per season.

Though the birds can be found, it can be tough finding them and even tougher stalking them. The birds are very wary and have a keen sense of sight. FWP recommends scouting for sign before a hunt.

The following advice is also given via FWP:

“Once you spot a tom, mark his location and arrive there early the next morning before he leaves the roost tree. Some hunters use an owl hooter during the early morning to get roosted birds to call back. Hooters are commercial mouth-blown devices that imitate a large owl’s hoot. Once a gobbler is located, the hunter can move in quietly, then hide and use his turkey call.

If you don’t hear a bird gobble of its own volition, move through the woods and make several hen yelps every 300 to 400 yards. Such calling should be done only from a location where you can hide quickly and also have a good view of the surroundings.