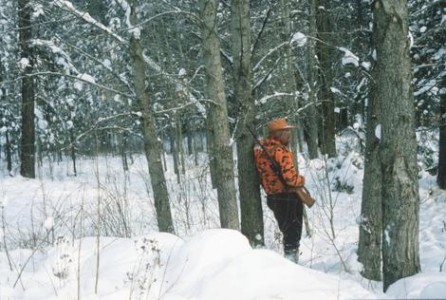 In response to recent heavy snows, state wildlife officials will close Deckard Flats near Gardiner to elk hunting at one-half hour after sunset on Friday, Nov. 6.

The closure is aimed at protecting elk migrating from Yellowstone National Park to winter range in Montana.

Deckard Flats is part of an important migratory corridor for this elk population. When elk move en masse through this area they are more vulnerable to harvest due to open terrain and easy access.

“The objective of this closure is to moderate the elk harvest by providing additional security to elk during their migration,” said Howard Burt, Montana Fish, Wildlife & Parks wildlife manager in Bozeman.

By Fish & Wildlife Commission rule, Deckard Flats is subject to closure of all hunting with 24 hours notice. The closure comes on top of concerns of low numbers of mature bulls in this elk population.

A winter storm moved through the upper Yellowstone area this week and resulted in up to two feet of new snow accumulation in YNP and adjacent areas, which triggered the northward migration.

Historically, there have been large migration events associated with similar heavy snowfall, and during these events FWP’s wildlife managers have recorded large numbers of elk harvested in the Deckard Flats area.

To provide needed security for migrating elk, the closure would remain in effect for the rest of the hunting season, which is scheduled to end Nov. 29. Burt said, however, that if conditions turn mild and the migration stalls the closure could be lifted.