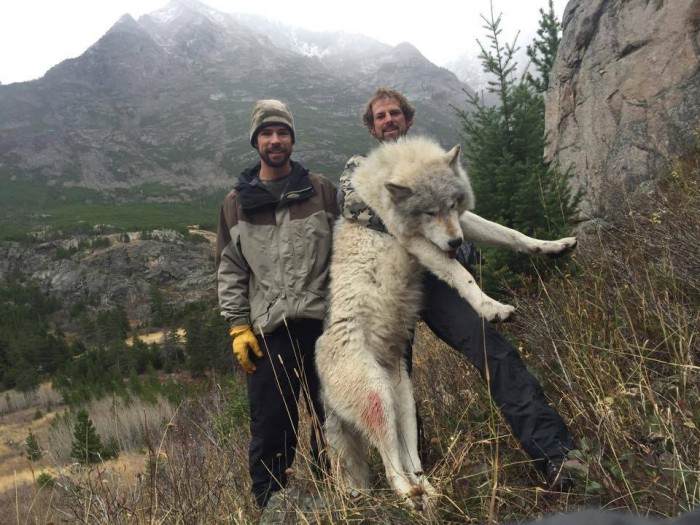 Two hunters saved a deer from an apparent wolf attack and got to take the wolf home: Riley Pearson of Billings relayed this story: 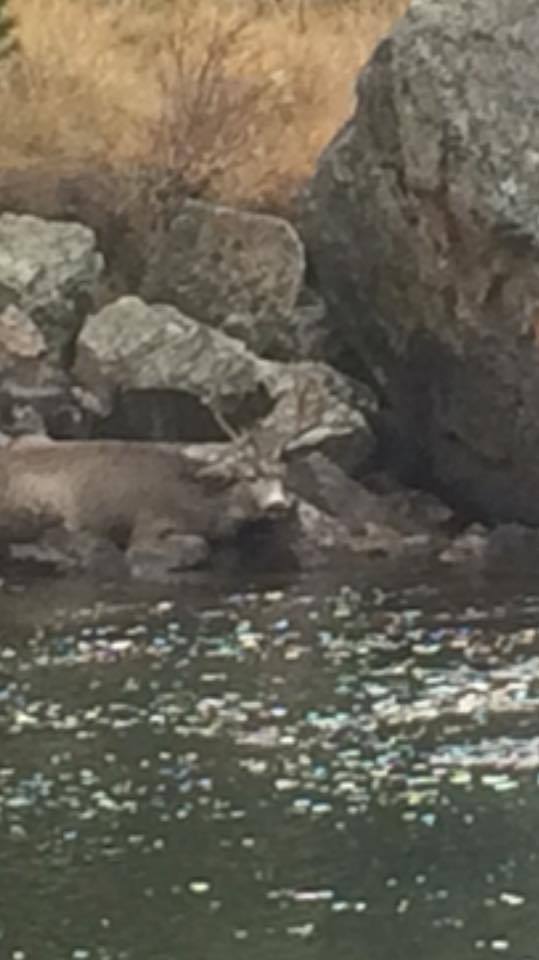 I was hunting bighorns in one of the A-B wilderness unlimited units. We decided to go cross the river to get a better vantage point for glassing, from the knob you can see in the background. When we came through the brush at the rivers bank, this wolf jumped up and took off. My rifle was on my pack, since sheep hunting isn’t really a hurry up and shoot type hunt. So by the time I got my gun out, I’d lost track of him. I went to the river edge, to discover a freezing cold and very wet mule deer buck. My buddy on the hunt with me, then spotted the wolf, he’d circled behind us and was making his way up an avalanche shoot. I shot him at about 300 yards.
We then went back to check the deer out better. It had made its way to the bank, where it laid down on the rocks as soon as we walked up. It had a bite by its stomach, but not cut up too bad.
We threw a few rocks at it to get it to stand, so we could check out its injuries. We have deer tags, but didn’t really want to get a small buck 8 miles deep in the beartooth, but were going to if he needed put down.
Once I splashed a rock in front of him, he jumped up and got out of there, acting like a normal deer.