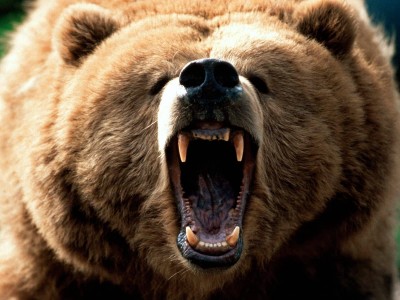 A lone female grizzly bear reportedly surprised a man hunting elk at Big Creek north of Gardiner on Oct. 28. The hunter reported to Montana Fish, Wildlife & Parks that he came upon the bear feeding on a carcass in the brush and that the bear charged him. The hunter said he first used bear spray to deter the attack then shot the bear in self defense.

The second incident was reported on Oct. 31 by a group of elk hunters who said they came upon and surprised a female grizzly bear with two young bears at Johnson Lake near West Yellowstone. The hunters said they first used bear spray on the charging bear but, as the bear continued to approach, they reportedly shot the bear in self defense.

In each case, the hunters were able to return to their vehicles unharmed and report the incident. FWP game wardens responded and confirmed the animals were killed. Officials said no attempts will be made to pursue the young bears from the Johnson Lake area due to the remote and rugged terrain there.

While it’s legal to shoot an animal in defense of human life the law requires such incidents be reported to FWP quickly, which was done in these cases. However, because the grizzly bear is a federally protected threatened species, U.S. Fish and Wildlife Service officials will further investigate the incidents.

FWP urges hunters throughout Montana to be aware that bears are still out for the season, and to always be prepared for an encounter and to carry Bear pepper spray and know how to use it. To learn more about hunting in bear country, visit FWP’s website at fwp.mt.gov. Click “Fish & Wildlife” then click “Be Bear Aware“.