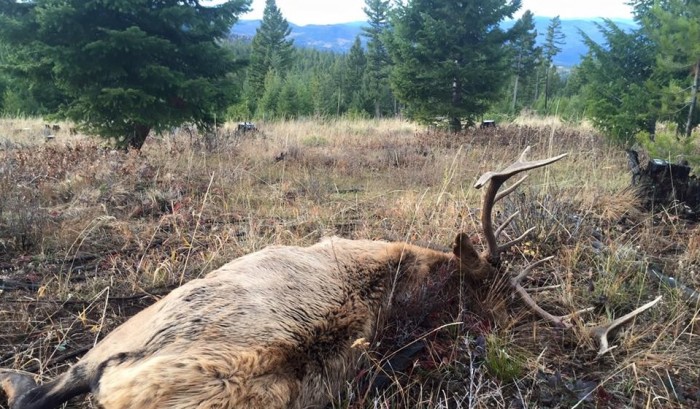 Montana Bulls Down!
By angelamontana 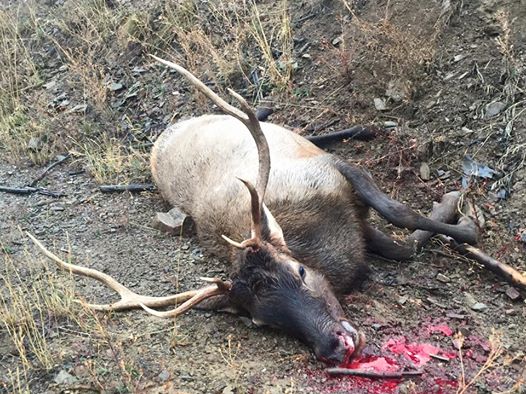 Jordan Hershberger and Collin Griffiths have a few things in common.  They are good friends, they both live in Montana, they are both avid sportsmen, they both work at Bretz RV & Marine as Sales Associates (so make sure you ask for these guys if you’re ready for a new fishing boat and/or RV) and they each got their bull elk within 2 days of each other.

Griffiths, who has been a hunter and angler his entire life and is from Missoula originally, harvested an elk on Halloween morning (see photo on right).  The weather was rainy and cold, but this determined hunter wasn’t going to let something as minimal as the weather slow him down–and it didn’t!  Collin’s freezer will definitely not be empty.

Griffiths offered to take his buddy Jordan out in search of a bull elk.  The really exciting part about this was that this is Jordan’s first season hunting in Montana.  Jordan was hopeful but wasn’t actually expecting anything from the hunt.  However, he was so grateful for his friend’s help in getting out there with him and was ready to do whatever necessary to try and find his bull.

On the morning Monday, November 2nd, the two hadn’t seen much for tracks in their hunting area in western Montana, but they did get into a little bit of snow–which was good–but it didn’t stick.  They kept moving and ended up seeing a cow or two and not too long after, they spotted a bull–a nice bull.

Being that Collin already tagged his elk this season, this bull had Jordan’s name written all over it (not literally of course).  Jordan took advantage of this amazing opportunity and the rest is history.  BULL DOWN!  Just before 4pm on Monday, November 2nd, Jordan had his bull elk–his very FIRST bull elk.  It turned out that the bull was a 6×7, too!  Now THAT is one heck of a nice bull regardless of how many you have harvested in your life, so Jordan is one lucky guy to get to call this one his first!

Jordan described this hunt as one of the coolest things he has ever done, even with the two of them putting in more than 12 miles on foot.  It was well worth it all to both of them.  You can see by Jordan’s face below, he was pretty excited. 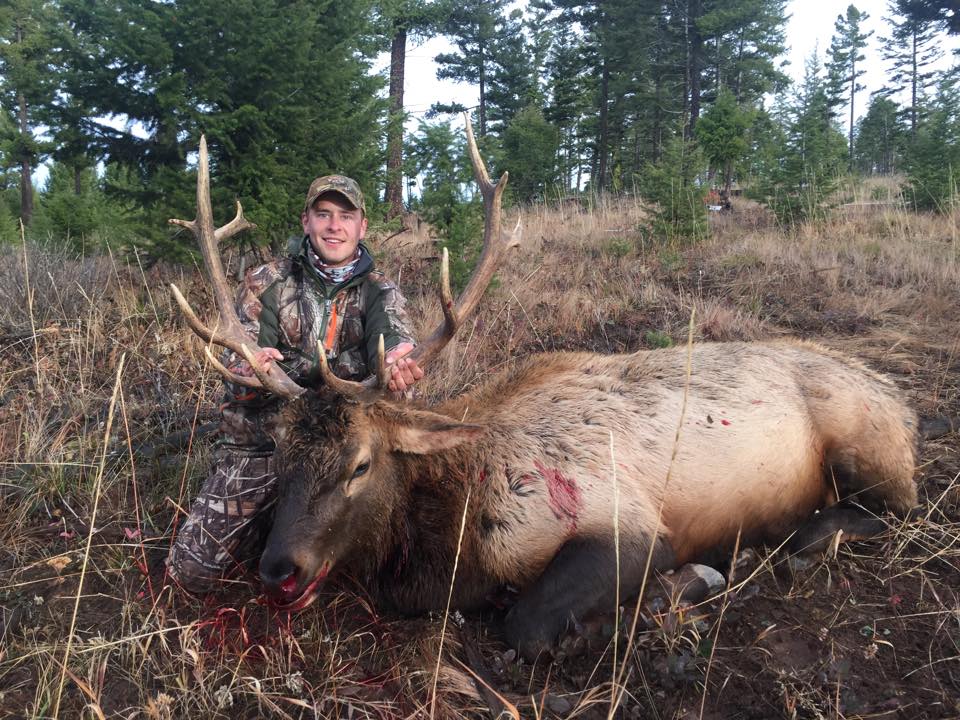 Excellent work, Collin, for giving your friend the experience of a lifetime, and congratulations to Jordan from the Montana Outdoor Radio Show and montanaoutdoor.com crew for tagging your first bull elk ever and loving every second of the hunt.  We look forward to seeing more pics from you as you explore more of Montana!  Very cool. 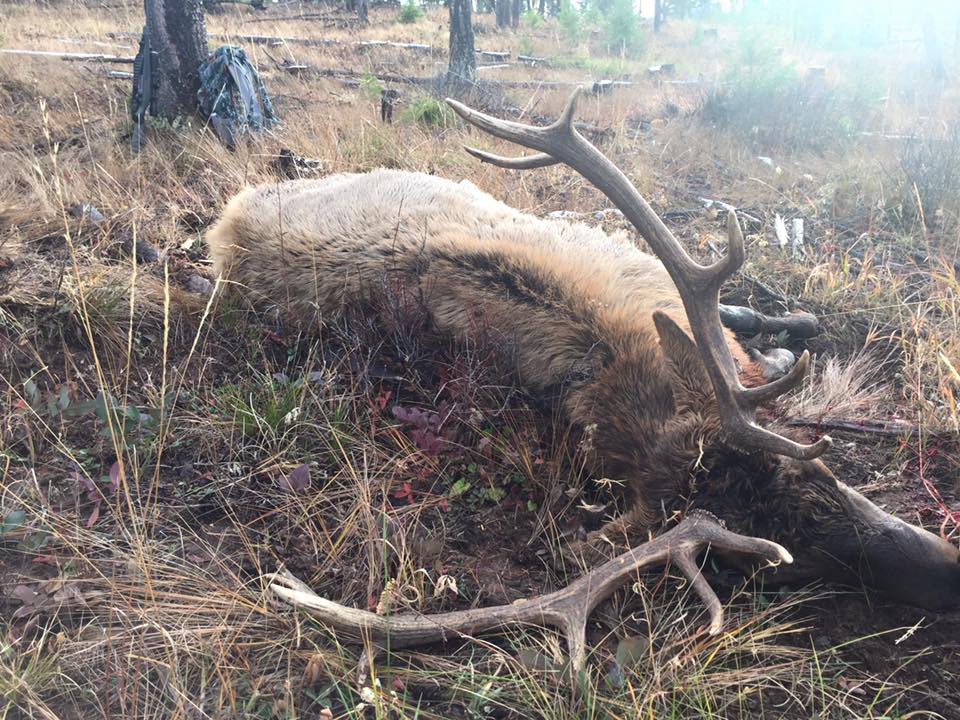 So, head on over to Bretz RV & Marine and take advantage of their incredibly low end-of-season prices on new and used RVs and boats, and congratulate both Jordan and Collin in person on their success!