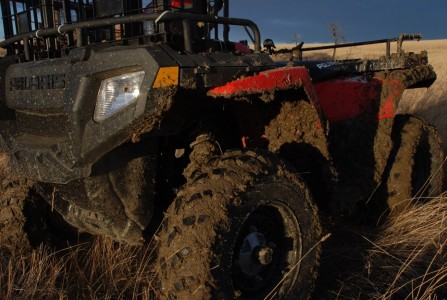 Montanan’s Lose Access to 21,000 Miles of Roads – AP Reports Less and Refuses To Correct It
By Toby Trigger

The Environmental Quality Council (EQC) of the Montana Legislature is conducting a study of road closures in Montana that was required by HJ 13. Preliminary information was presented to the committee at the September meeting which showed that 21,951 miles of road have been closed on Forest Service managed land in Montana.

The report from the Associated Press the following day stated that just 1000 miles of road had been closed in the past 15 years. After contacting the AP about the false information they agreed to correct this number, but not completely. The new number reported was just 9000 miles of closed roads.

The staff of the EQC contacted the AP and CBU was provided with the following letter from that staff:

The Associated Press contacted me on Friday about the error in the federal road study story. It was unclear to me where the reporter came up with the figure of 1,000 miles of roads being closed since that figure was not used in testimony or in documentation.
I provided the reporter with the correct information, which is the same information that was provided on the web site and during the EQC meeting.  In short, this is what I told the reporter:
There are approximately 32,000 miles of Forest Service system roads in Montana. Of those, 9,784 miles are usable for administrative use only, meaning they are effectively closed to motorized use. These are called Level 1 roads. The other levels of roads are open to motorized use.
There are other roads that have been taken out of service, called decommissioned, and returned to a natural state. There are 5,976 miles of roads no longer in the system that have been decommissioned. And then there are unauthorized roads; roads not within the system, most of them created by users. The Forest Service estimates there are 6,191 miles of these roads in Montana, which are also off limits to motorized use.
All told, for the Forest Service, there are 21,951 miles of roads closed to motorized use.
BLM roads are a bit tougher because there is no statewide inventory of BLM roads and they are not tracked consistently between different field offices. However, there are 709 miles of documented closed roads in the areas covered by field offices in Butte, Missoula, and the Upper Missouri River Breaks National Monument.
However, in the correction, the reporter only cited that there are “more than 9,000 miles” of closed roads. I asked the Associated Press today to issue another correction with the correct information. They refused. They said that the decommissioned roads and unauthorized roads were not relevant to the story.
I’m writing to you so that you know that I provided the same information to the AP that I provided to the committee, both in writing and in testimony.
Let me know if you have questions.
EQC staff
A couple important points to remember. The first being when a respected news organization refuses to print the facts. This is completely unacceptable and the AP should be held accountable for this action.
Second point is the statement of user created roads. The public is not going out and create a road without authorization from the land management agency. These so-called unauthorized roads were approved and built for management projects. These logging roads were and are important for the health of our public lands and for the benefit of our citizens even though the Forest Service never gave them a number or accounted for them in their system of roads. Now the AP does not consider the closing of these non system roads as relevant but CBU questions the fact that the AP reported false information and is this an intentional attempt by the AP to conceal the facts from the public.
We will let you decide. The letter from the EQC staff printed above clearly states that the AP has refused to print all the facts.
The bottom line is that all Montana citizens have lost access to and on our federally managed public lands by the actions of the Forest Service in closing more than
21,000 miles of roads.
We hope our members and supporters will continue to follow the HJ 13 study as is proceeds before the EQC.
(this release was written and send by the organization Citizens For Balanced Use http://citizensforbalanceduse.com/ )