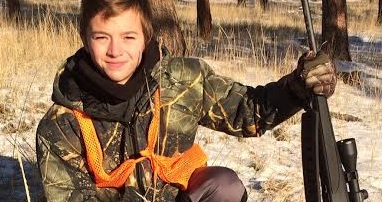 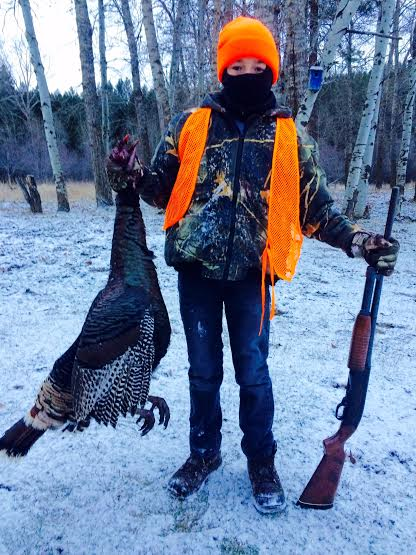 It is time for us to reflect on the Montana’s deer and elk hunting seasons that have just passed. Last Sunday was the last day of hunting deer and elk with a rifle in Montana. My hunting season however began with a bow when Montana’s archery season began on September 5th.

Two hours into the season I had the luck of sticking a nice 6 point bull elk with my bow at 20 yards. That moment was certainly the highlight of my elk hunting life, even though every year that I harvest an elk I feel very fortunate and appreciative of the opportunity that I have while living here in Montana. Even though my elk hunting ended on that rainy September morning I still had something very special to look forward too. William my 12 year old son after completing the hunters education course in the spring was going to experience his first hunting season and I would be right there with him every step of the way. Together we traveled a few miles to different hunting spots and then put some more miles on hiking the hills and mountains once we got there. As is the case with most hunters it seemed like William ended up taking his rifle for a walk on most days, which in my estimation is not a bad way to start your hunting days as a young hunter.

During the whole process I tried not to push him even though at times it seemed to me that I wanted William to kill his first deer or elk more than he did. As his father I really enjoyed the process of going to the hunter education classes with him, helping him select his first rifle, going to the shooting range and then outfitting him with his hunting hat, jacket, gloves and boots. But the most important part of the hunting experience for me was just having the chance to spend time with my son. As any kid at his age William’s life is kept busy with his friends, sports, and school. Fishing and hunting are two things that we both like very much and we enjoy spending time doing them together. Spending time on hunting trips gives me the chance to chat about life in general with William and as you might expect we don’t always agree.

He likes the Packers, I am a Viking fan, he doesn’t like condements on his sandwich and I like mustard and mayonnaise. However I found out that there isn’t a classic country song that we can’t sing along with together. So as the hunting season was winding down to the final few days William was still deer and elk less. As we headed home Friday with two days left I asked him if he wanted to go hunting Sunday as it was the final day of the season. “No I think I am burned out for the year dad”, he said as he warmed his bare feet from the heater in the pickup. It was cold and he decided that he had spent enough time chasing after animals. So I let it go for a day and then hit him up again late Saturday afternoon, “I know a place that you might be able to shoot a deer and we don’t have to go until Sunday at noon”, I said hoping the later start time might make a difference rather than getting up at 4 in the morning. “Sure”, he responded. So off we went and wouldn’t you know, as luck would have it William shot his first deer two hours before quitting time. And to top it off as we field dressed his first deer William looked at me and said, “hey dad when do we get to go duck hunting”? 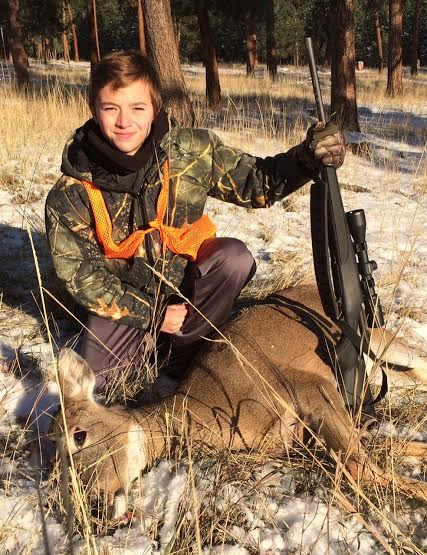