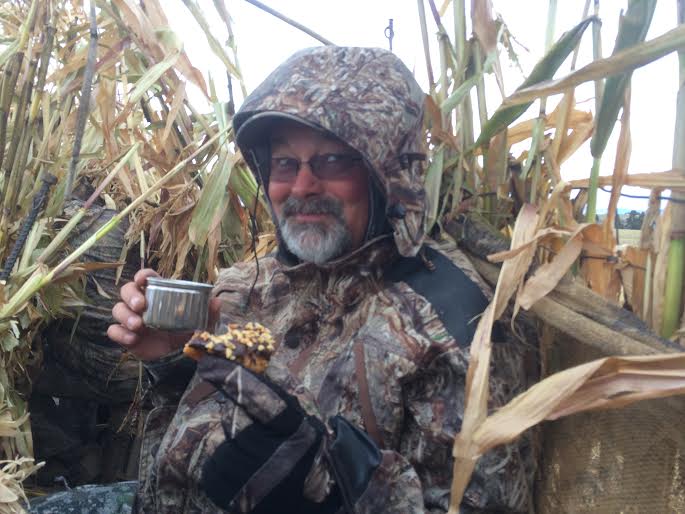 The Captain’s Year In Review: Captain’s Column
By angelamontana

It’s the last day of the 2015 and for me it’s a year as I look back, I can’t help but to recall some very special moments. These memories are the result of spending time in the Montana outdoors with family and friends. Two of these special moments happen to be firsts for me. In September, I traveled east to archery hunt for elk. This is a trip that I look forward to every year. Spending a week in an elk hunting camp with nothing else on the agenda but to spot and stalk elk is high on just about every hunters list. Kelly and Tami Burke of Burk Ranch Outfitters with the help of camp cook Bob Bailey have managed to create a dream week for me and other guests when it comes to delivering the ultimate elk hunting experience.

This past year was my fifth consecutive year with Burke Ranch Outfitters and even though I had only been successful in harvesting one cow elk the past four years for some reason this year I was optimistic. Looking back I would like to share with you as I relive the opening day of the elk archery season in September, “As we began our morning hunt the decision was made to walk up a ridge that would give us a great view to glass a wide area in the hopes of spotting some elk and then make a plan to stalk them. As I came to the edge of this boulder lined ridge that dropped straight down I caught a glimpse of an elk. A 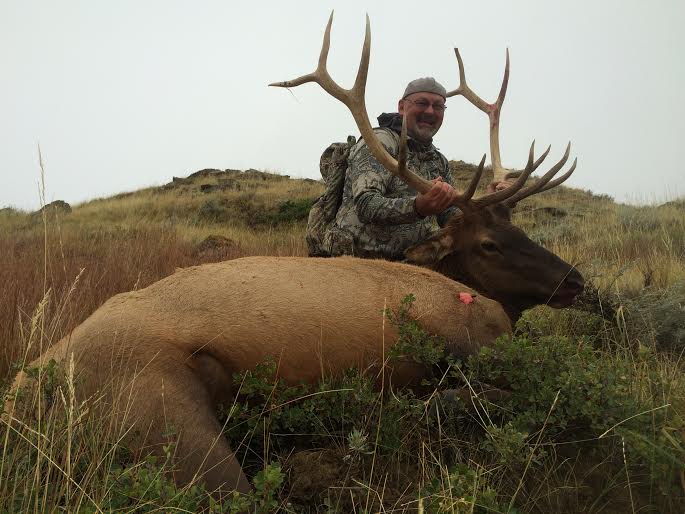 ll I could see was the top of its horns.

I quickly backed away and motioned to my guide Marty Low. I explained to him that there was an elk bedded down and that I had ranged him at 26 yards. The wind was in our favor blowing at 15 miles per hour. Low explained to me that he would throw a rock in front of the bull in an attempt to get him to stand up. As I stood with my bow drawn Low hurled a rock that landed about 10 feet in front of the elk. The bull stayed bedded down only turning his head from left to right. Low threw another rock still no movement.

After a few more unsuccessful attempts with rocks Low decided to go 30 yards up the ridge and cow call. As Low got in position I moved within 20 yards of the bull and drew my bow. This time the plan worked. The bedded bull elk slowly stood up giving me an ideal shot and I took advantage of it as my arrow hit both lungs. The bull ran 150 yards over the next ridge and it was game over. Two hours into the archery season and I had bagged a 6 point bull, my first with a bow”.

The second event that I would like to share with you involved my youngest son William who turned 12 years old and was looking forward to his first hunting season. As luck would have it just as I got my elk two hours into the elk archery season, William got his first deer two hours before the general rifle season ended. Getting that deer was certainly a highlight for William during his first year of hunting He also was able to bag his first turkey and duck with a couple of great shots with his shotgun. I am looking forward to many more years with William as my hunting and fishing partner so now it is time to look ahead to 2016. Here is to a happy and prosperous New Year for you, your family and friends! 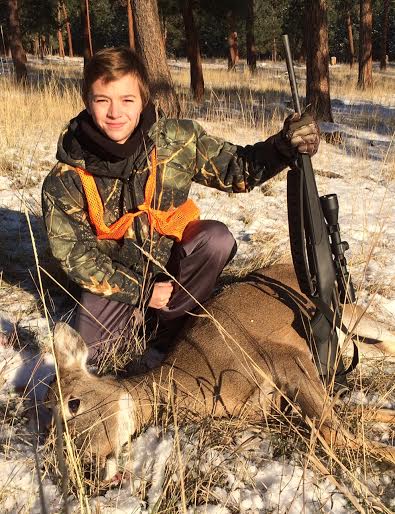 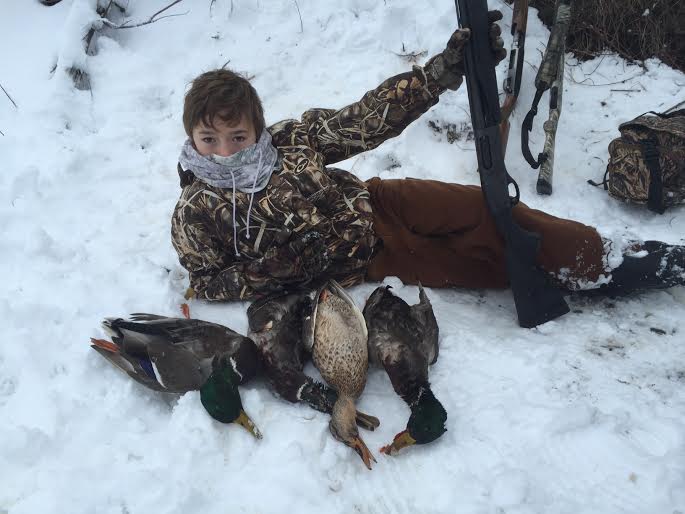 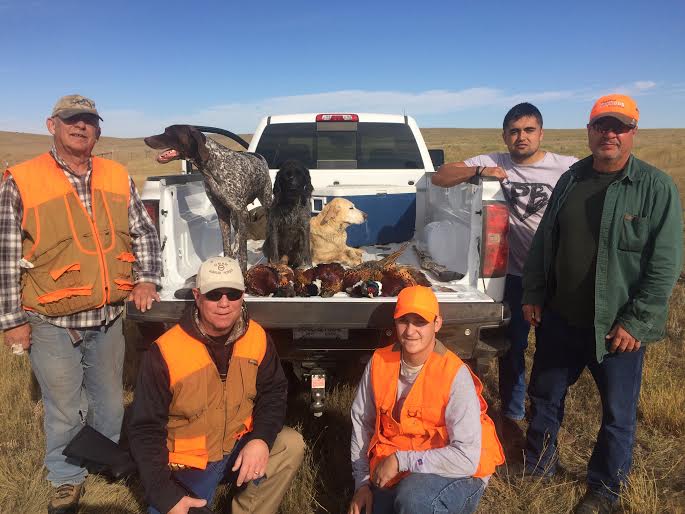 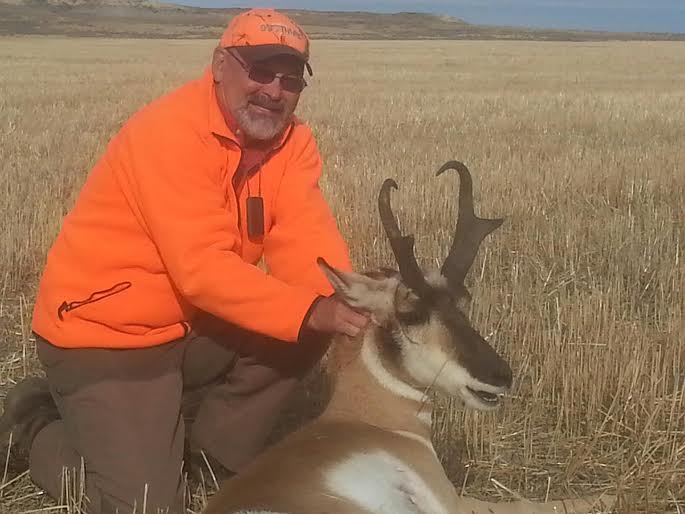 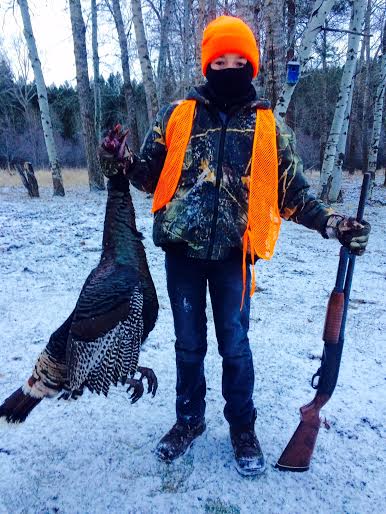