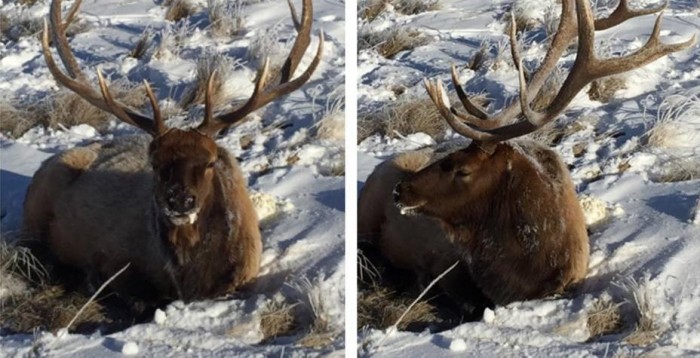 The Rocky Mountain Elk Foundation posted the attached pictures (with photo credit to “Zack”) on their Facebook page this week asking people if they noticed anything wrong with the bull.  Can you find it?

Well, if you can’t tell, the bull has no ears–and apparently, Jackson, Wyoming residents have seen more than one elk without ears on the refuge this photo was taken.  Jackson resident Carly Buchanon stated the following in a comment on the photo to explain:

Carly Bchanan He lost his ears to frostbite when young. The reason the picture is so close is because they do sleigh rides through the refuge and the elk aren’t scared of the sleighs at all. No one is allowed out of the sleighs on foot within the refuge and must remain seated unless stopped. Not a decoy by any means.
Sincerely
Living in Jackson, Wyoming

It is interesting how nature works.  It kind of makes a person want to pay closer attention to the ears the next time they are admiring wildlife. 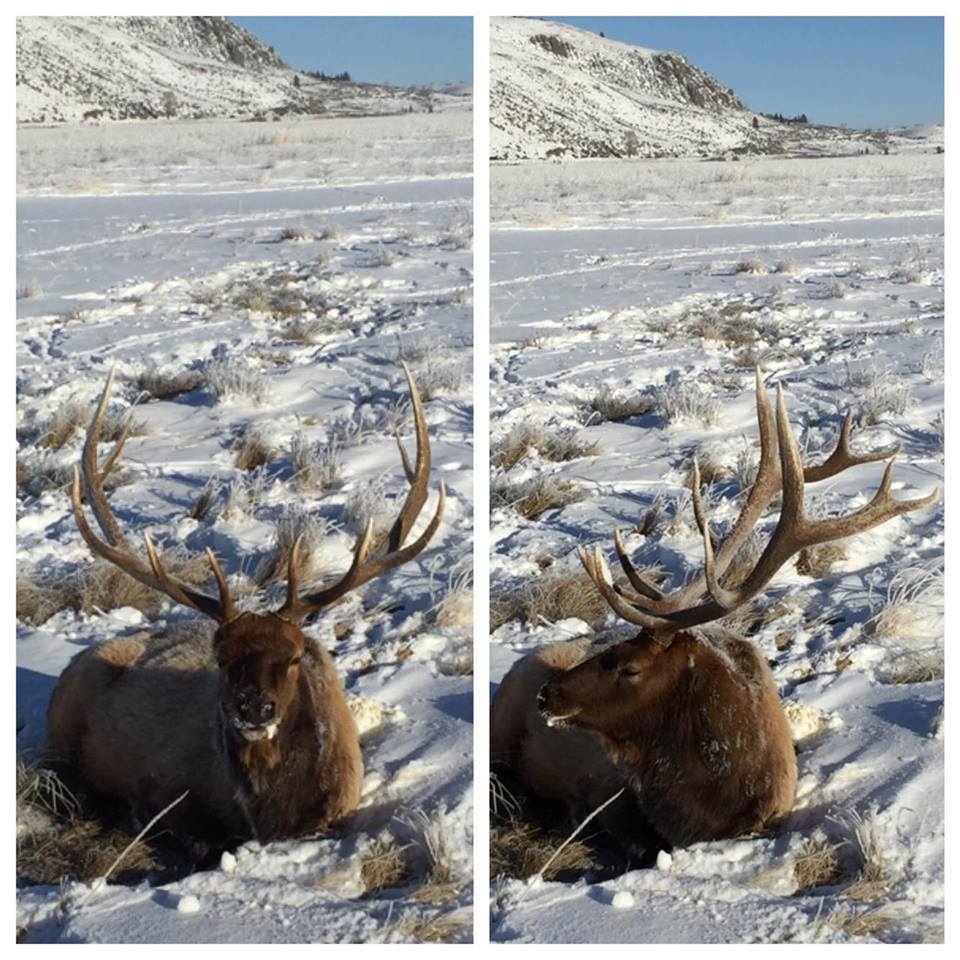