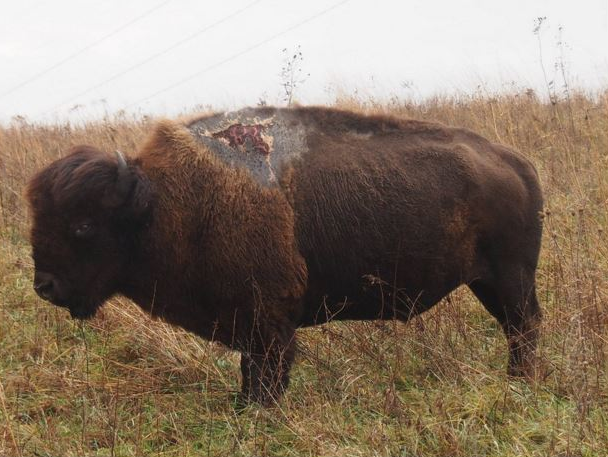 Sparky is a Montana native living on the Neal Smith National Wildlife Refuge in Iowa.  The bison was relocated to Iowa in 2006 and earned his name “Sparky” in 2013 after he was struck by a bolt of lightening in July.  Biologists regularly check on the bison, and when looking at them in July of 2013, they realized that Sparky had been struck by a bolt of lightening.  At first they thought the bloody wound may have been from fighting another bull, as July is when most of the wounds take place during mating season.  After further examination, it appeared the bull had a large burned area on his back hump and had a big lump on his leg where the electrical strike exited his body.

Nearly two and a half years later and Sparky is still alive and well.  He is the only bison to be struck by lightening on the Iowa refuge.  And he just happens to be from Montana.  That is one Bad Ass Montana Bison!