Montana Wolf Harvest Update as of 1.17.16
By angelamontana

Montana’s wolf harvest total for the 2015-2016 season has reached 142 wolves as of 1.17.16.  Trappers have taken the most wolves from WMU 101, bringing a total of nine trapped wolves there, while hunters have matched that number, bringing the total taken in WMU 101 to 18.  WMU 390 has the most wolves harvested overall, with 19 taken by hunters and four by trappers.

Last year, at this time, there were 150 wolves harvested, which isn’t too far off from where we are now–which is good.  For more information on Montana’s wolf hunting and trapping seasons, visit fwp.mt.gov.

Keep up the good work, hunters and trappers! 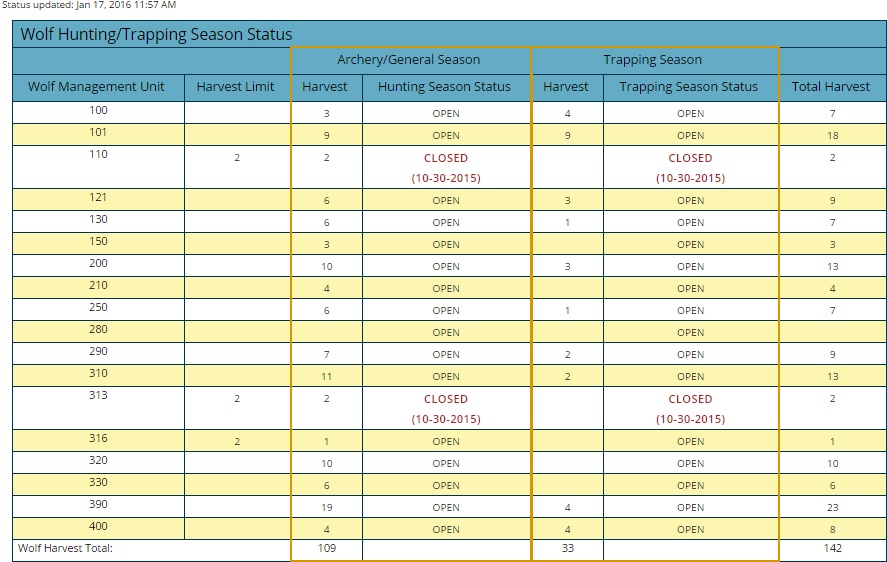