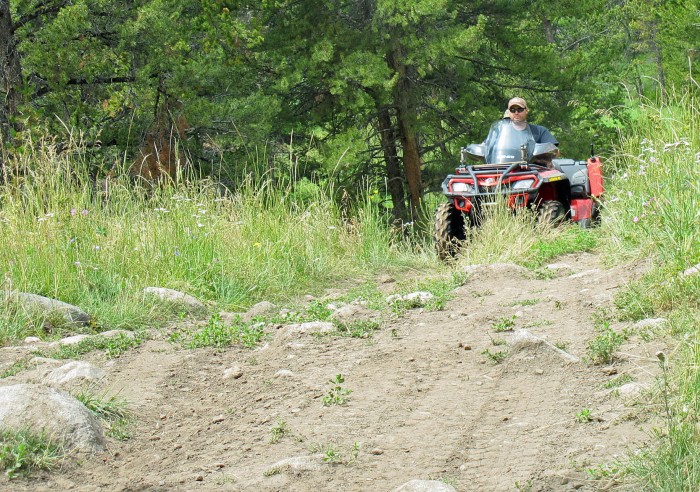 Would opening more forest roads increase elk harvest? That’s one of the questions that a report prepared for the Environmental Quality Council was attempting to answer. The EQC is an interim legislative committee with oversight of Montana Fish, Wildlife and Parks. It’s well known that off-highway vehicle users would like to have more trails and roads open to their use. But past studies have shown that increased motor vehicle use tends to drive animals out of roaded areas. Some conservationists think the question is not the one that should be addressed if the state is looking to reduce elk numbers. After all, most of the elk herds that are over population objectives are related to harboring issues on private land. Trying to increase the public land harvest of elk is much more complex than just the road issue, according to FWP’s staff. There are also questions about available forage, forage on adjoining private land, hunting pressure and regulations, and predator numbers. No matter where you stand on the issue, the report is filled with details on Montana hunting.
To read the report and the story, log on to The Billings Gazette’s website at: http://bgz.tt/u7pjr
(Written by Brett French – Outdoors Editor for the Billings Gazette)