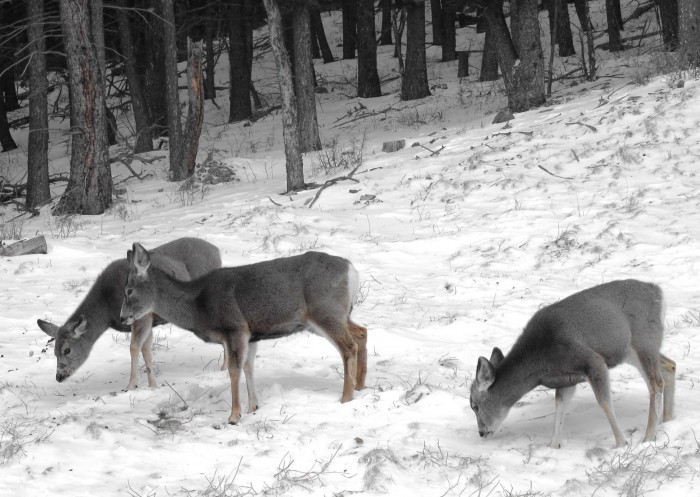 Researchers studying mule deer in southwestern Wyoming have found that it’s not predators killing the most fawns, it’s a disease. Adenovirus hemorrhagic disease was first diagnosed in deer in California in 1993. Before the outbreak was done thousands of deer had died. More recently, Oregon suffered an outbreak of AHD that killed many blacktail deer. So far it has not been detected infecting Montana mule deer, although blood samples show some have been exposed to AHD. But as the researchers in Wyoming pointed out, if they had not been tracking newborn fawns with collars, they never would have detected the disease in Wyoming. Could this be one of the reasons that mule deer populations have declined in Montana and across much of the West?

To find out more, read my story in this week’s Billings Gazette at: http://bgz.tt/t46o0