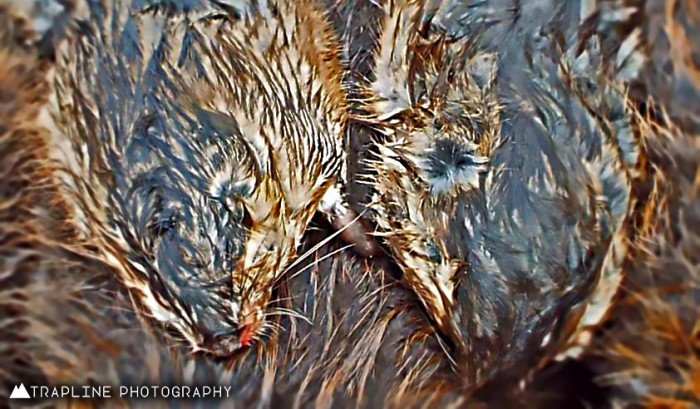 I have trapped many muskrats within the last few years, and one thing I have yet to do is eat any of them.  The carcasses are, however, reused for bait, if not by me, then by my friends that trap.  So, being that I skin my own rats, I know what their insides look and smell like…which isn’t that big of a deal. The thing is that you would need to come up with a few rats to feed the whole family.  I’m willing to give it a shot, though.  I mean, if we have a festival celebrating eating cow testicles every year, then how bad could a few muskrats that eat grass and other vegetables really be?

Here’s a recipe from softcom.net for those of you interested in eating muskrat or looking for a new rat recipe:

Put some regular all-purpose flour in a paper bag, add some salt and black pepper, then add the pieces of rat and shake to cover.
Let the meat sit for a few minutes while you heat some oil in a skillet to moderately hot, then fry it until crispy brown and well cooked.

When the meat is finished cooking, remove the meat and drain all but 1-2 tablespoons of oil from the pan. Add 1-2 tablespoons of flour to the pan and cook, stirring constantly, until the flour begins to brown a bit. Then add one cup of milk and simmer until the gravy is thickened to suit you, salt to taste, and serve.

Serve with some sourdough biscuits, and what more could you want?

Oh, and for those who have considered eating wolf, click HERE for the best recipe out there!