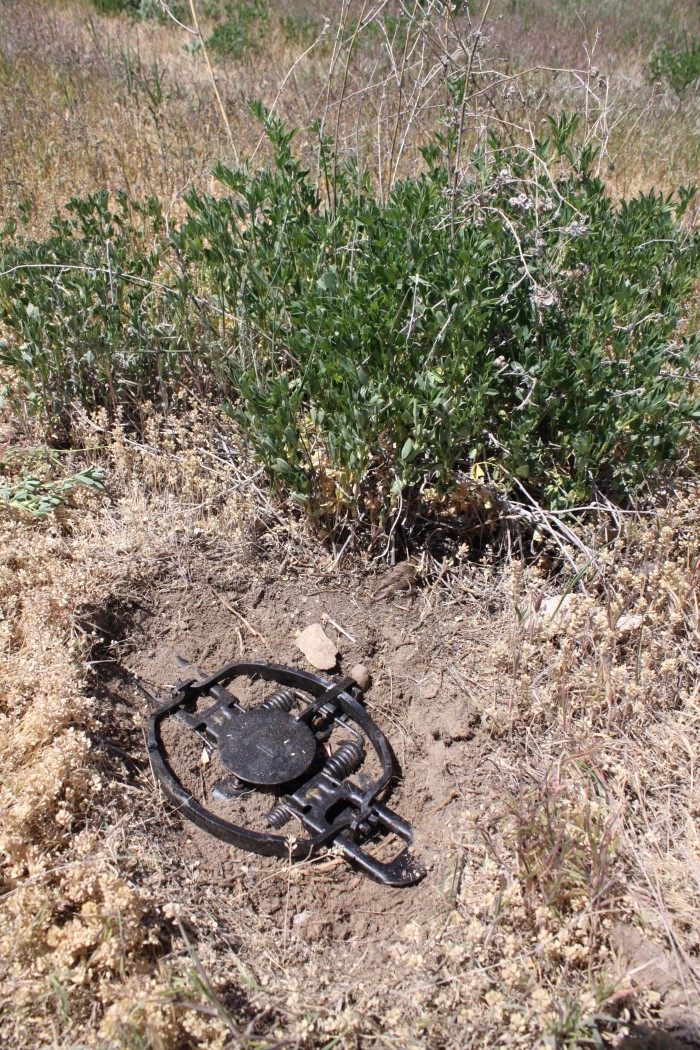 When activism goes to far, ecoterrorism ties in Montana
By Moosetrack Megan

A recent so-called film group’s visit to Western Montana is a reminder that not everyone is on the same page when it comes to harvesting animals, and while free speech is a coveted American right, it’s also worth noting that some of the far-left activists go far beyond toeing the line of the law when it comes to trying to force their views on others, leaving a violent wake in their path. Some are downright dangerous.

One of the most prominent men who has influenced the so-called “animal rights” movement in the past few years is Rod Coronado.

Coronado got his start as a teen in the eco-terrorism movement, when he and an accomplice sank two Icelandic whaling vessels, the Hvalur 6 and Hvalur 7, causing $2 million worth of damage.

He wrote in a militant enviromentalist magazine, No Compromise, of the event:

“I saw one of the most beautiful sights in the world. There was Hvalur 5 and 6 resting gently on the bottom of Reykjavik harbor, only their skeletal superstructure peeking above the waves…David and I embraced in the streets, laughing with the elation that only a realized dream can bring,” Coronado wrote.

He managed to escape, but eventually was sent to prison for 57 months after a 1992 incident where he burned down the fur lab at Michigan State University, and destroyed 32 years worth of records. He was ordered to pay $2 million in restitution, but that apparently was not enough to stop his quest as he was arrested in 2006 for distribution of information relating to explosives, destructive devices and weapons of mass destruction. The charges came after it came to light that Coronado had explained how to make an incendiary device the same day activists from the Earth Liberation Front – a group he has been affiliated with- burned down an apartment building that was under construction. Total damages cost $50 million.

Coronado said he wasn’t directly invovled and managed to plea bargain down to once ear.

Most recently it’s been reported that Coronado had founded the Yellowstone Wolf Patrol in late 2014, with the intent to document legal Montana wolf hunters with video cameras. Coronado told the Missoulian that it would be illegal for group members to interfere with the hunts and that his group had no intention of doing so, but Coronado has been arrested for a similar crime before.

In 2004 Coronado spent 8 months in prison for interfering with a mountain lion hunt in Arizona.

You can catch a video trailer of a documentary the group is working on here: http://www.takepart.com/video/2015/10/23/documentary-captures-wolf-patrols-efforts-track-down-hunters?cmpid=tp-twtr

The group also has a YouTube channel here: https://www.youtube.com/channel/UCCl_p3PhhpLvB5IaIVuJauQ

Coronado told Earth First Journal in February 2014: ” Though I walked a controversial and radical path, I no longer advocate illegal activity. That’s a personal decision that I made before with very intense personal consequences, so I’m not doing that anymore.”

Coronado goes on to tell the interviewer that he’s moved on to more civil ways of instituting change, including “hunt sabotage,” which he describes as:

“I’d say hunt sabotage is nonviolently interfering with the recreational killing of wildlife. I was arrested in 2004 for sabotaging a mountain lion hunt and went to prison for 8 months. Now hunt sabotage means something different for me. It means utilizing any channel you have available to stop not just individual hunts, but entire hunting seasons. Its very dangerous confronting armed men in the woods, but we can sabotage hunts by getting involved with the agencies that establish hunting seasons and begin to lobby to have the views of the non-hunting majority represented.”

It’s not just Coronado that’s out there. He’s inspired a younger generation of activists. In 2014 one activist described a fur farm in Ronan, Montana as a Mecca of sorts for ecoterrorists. In an interview with the Valley Journal, activist Peter Young explained why a group of activists, not including himself, entered the Fraser Fur Farm early that year. The fur farm is believed to be one of the largest in the United States and Young visited it as part of an environmentalist roadtrip in the late 1990s that eventually landed him in prison. He was unable to break into the fur farm at the time, but  was successful at releasing 8,000 and 12,000 mink in a 1997 series of farm raids across the Midwest. That’s the act that sent him away.

“As far as the laws go, we consider these to be unjust laws,” Young said. “Just like slavery was legal for a long time and now society’s evolved to where we no longer consider that to be ethical, the same applies to raising animals in captivity for human consumption, use. We may be a little bit ahead of our time as far as this goes, but society is rapidly catching up to the idea that animals are not here for humans to use.”

The group that raided the farm in 2014 claimed it destroyed the breeding records. Young explained why the group would trespass and commit other crimes:

“Petitions don’t work,” Young said. “Raiding fur farms does work. The goal is to save animals. The most effective and efficient way to save animals is to go onto a fur farm and open the cages. That’s the most direct route to achieve what we’re trying to achieve.”

And when encountering these activists in the wild, hunters have every right to be cautious. Prior to September 11, 2001, acts by Coronado and other members ecoterrorist groups led the Federal Bureau of Investigation to list ecoterrorism as one of the biggest threats to national security. In 2004 the FBI estimated that more than 1,100 crimes had been committed by the Animal Liberation Front and Earth Liberation Front since 1976 to the tune of more than $100 million in damage.