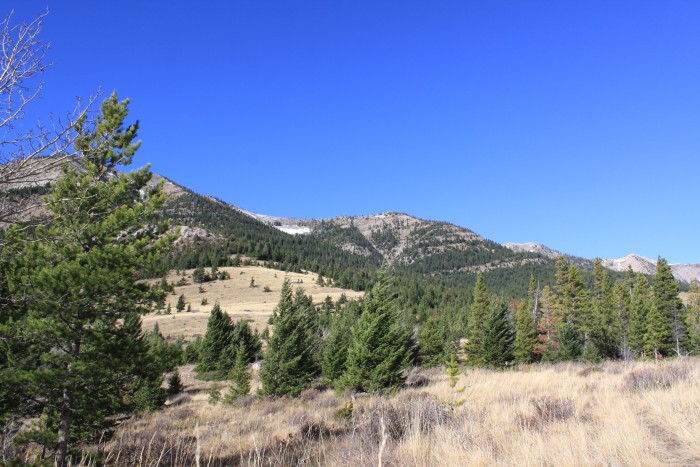 In a recent blog post for SCI titled “Dear National Park Service, We Hate To Say We Told You So But…We Did !” SCI organizers explain how their organization promoted the use of hunter volunteers for wildlife management in National Parks and the successful outcome – which is common sense  for us within the hunting community!

The National Park Service (NPS) has finally admitted what SCI and NRA have long advocated – that the use of volunteers, predominantly from the hunting community, in the culling of ungulate overpopulations on National Parks is not only legal, but also a great idea. Back in the mid- 2000s, the NPS recognized that it would have to reduce the elk overpopulation on Rocky Mountain National Park (RMNP). The Park’s elk population had grown to exceed RMNP’s carrying capacity because the Park’s enabling legislation prohibited hunting within Park boundaries. The NPS initially refused to consider the participation of volunteers to help cull the elk. The NPS claimed the use of volunteer cullers would be illegal, too costly and difficult to manage.

SCI, together with the NRA, refused to accept those excuses. We attended numerous meetings with the Director of the NPS and high level NPS officials arguing for the implementation of volunteers-as-agents programs, submitted legal white papers that demonstrated the legality of the practice, and refuted arguments about the potential risks and alleged problems from the strategy. The NPS finally relented and implemented a volunteers-as-agents program to reduce the elk population at RMNP. After North Dakota legislators added some pressure, the NPS adopted a similar program for elk reduction at Theodore Roosevelt National Park (TRNP). Anti-hunting groups sued the NPS in federal district court in Colorado to challenge the legality of the program at RMNP. SCI joined the case as an intervenor to defend the use of members of the hunting community as agents. The district court rejected the challenge and the Tenth Circuit Court of Appeals affirmed that the use of volunteers as agents did not qualify as hunting and did not violate any federal law.

Although the NPS finally acknowledged the legality of the program, the agency continued to approach the strategy with little enthusiasm. The NPS contended that the use of volunteers exceeded the cost of using NPS personnel or contractors and argued that volunteer sharpshooters posed unnecessary risks to themselves and other park users. The NPS never employed the program for any other ungulate reduction and repeatedly rejected SCI and NRA’s recommendations that they involve volunteers to help with deer reductions on National Parks in the eastern portion of the U.S. At meetings of the Wildlife and Hunting Heritage Conservation Council and other gatherings, the NPS announced its intention to publish a report evaluating the use of volunteers as agents and forecasted that the report would demonstrate that the strategy was too costly and ineffective for further NPS ungulate management.

Despite strong reservations initially, personnel at both parks found that the elk management volunteers they recruited, trained and worked alongside were tremendously valuable assets to the programs. While each park recruited volunteers differently, both found that their strongest advocates and most vocal supporters were the volunteers themselves. They added legitimacy to the programs by providing positive feedback to the press and other venues about the professionalism of both operations and they decreased the cost of the overall process, particularly at TRNP, by providing valuable labor. One NPS person even commented that volunteers became “park ambassadors” and several commented on the positive aspects of “citizen wildlife managers”. At RMNP many of the elk volunteers have remained engaged in volunteering at the park on projects other than the elk cull. Volunteers were viewed as valuable resources and significant time and energy were considered assets well spent on selecting, training, developing and managing volunteers. State wildlife agency personnel echoed these sentiments that volunteers provided overwhelmingly favorable feedback of the programs and that the programs provided a positive alternative to traditional hunting.

The only thing missing from the NPS’s excellent analysis of the benefits of the use of volunteers for park wildlife population reductions is a “THANK YOU” to SCI and NRA for being persistent in their support of the strategy and for demanding an evaluation of the use of volunteers to refute the unfounded and unsupported skepticism repeatedly used by the NPS. So, although we told you so . . . no hard feelings. SCI and NRA members and other hunters are willing and able to help reduce overpopulations of wildlife on National Parks. Just let us know where to be and when. And please remember: hunters are and will always continue to be a valuable resource for wildlife management and conservation on and off public lands.

This post is largely an excerpt from the SCI blog.  To read SCI’s Blog and for links to the full NPS report visit: (https://www.safariclub.org/what-we-do/freedom-to-hunt/first-for-hunters-blog/first-for-hunters/2016/03/21/dear-national-park-service-we-hate-to-say-we-told-you-so