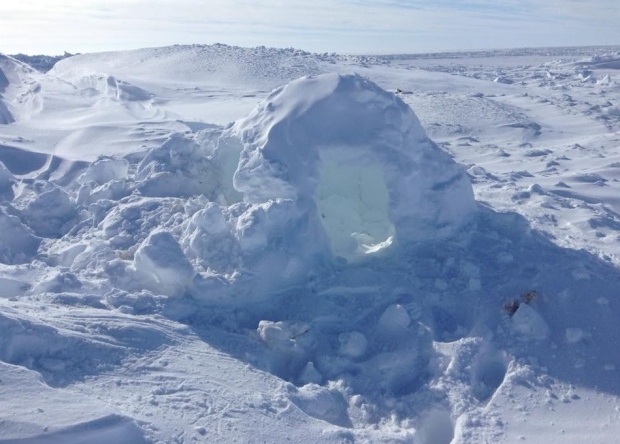 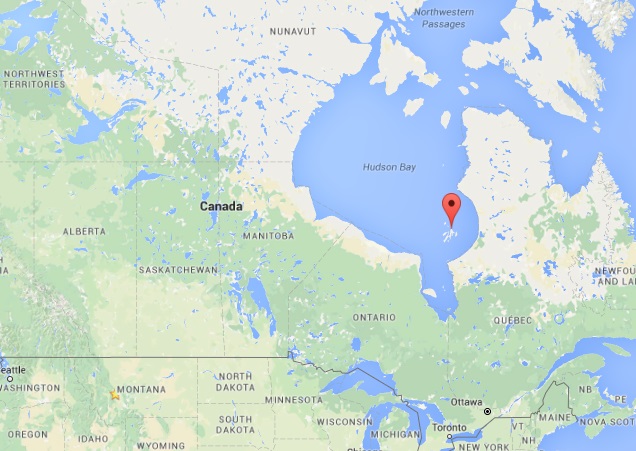 A polar bear hunter in his 70s from Sanikiluaq, Nunavut (which is in estern Canada), named Jimmy Iqaluq, was faced with an emergency situation during one of his hunts.  According to cbc.ca, his snowmobile had fallen through the ice, although, fortunately, he had managed to pull himself out of the water while tying his snowmobile to a huge chunk of ice, hoping to salvage his rig.

After walking over to a nearby island, Jimmy knew he had to first build a shelter to protect himself from the elements.  He also knew that he had to change from his wet clothes into something dry, as his wet leg was going numb.  With nothing but snow and ice around him, he took a look at his day’s catch and decided to get crafty.  He replaced his wet pants with fox hides that he cut off at the head and slid on to make new, dry, soft pants.

Good thing a search crew was out looking for him, as they found him around 5am in his igloo the next day. He did make it home safely, but he ended up losing his snowmobile and gear.

This is just a reminder of how important safety and being prepared is while you’re out in the field or on the water.  Thank goodness for fox hides and igloos– I bet he doesn’t sell or trade that particular one!

Feature photo via by Jack Iqaluq