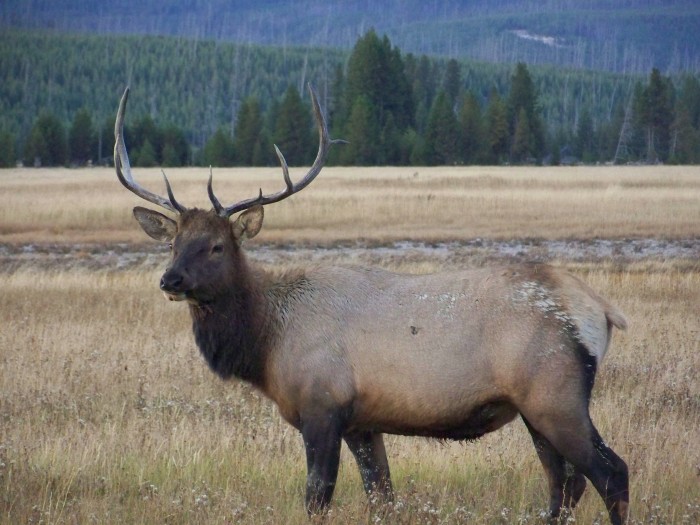 BILLINGS — Wildlife biologists captured 94 elk in south central Montana in January to test for brucellosis and better understand how elk and the disease move in the region. Biologists also tested blood samples from three elk that were harvested by hunters in the same region.

The capture and testing are part of a multi-year collaboration between Montana Fish, Wildlife and Parks and the Montana Department of Livestock to learn more about elk movement and the extent of brucellosis infection in elk across parts of southwest and south central Montana.

In an area of Montana within a mile of the Wyoming border north of Clark, Wyo., Montana FWP biologists found that six of 16 captured antlerless elk had been exposed to brucellosis. These elk were captured on U.S. Forest Service land in Montana where there are no cattle allotments.

Test showed that all other elk captured and tested Jan. 19-25 along the Beartooth Front, between Red Lodge and Big Timber, had not been exposed to brucellosis.

All 94 elk were captured, one at a time, in nets released from a helicopter. Technicians drew blood samples from the elk, fitted a sampling of them with tracking collars and then released them. The blood samples were sent to the Montana Veterinary Diagnostic Laboratory for testing.

FWP wildlife biologist Shawn Stewart said the elk herd that included animals which tested positive for brucellosis exposure spends most of the year in Wyoming. They seldom venture more than a mile into Montana and are believed to not interact with cow elk from nearby Montana herds. Most of those elk were fitted with radio collars that will allow biologists to track their movement for the next year.

The knowledge should help biologists understand how the elk and brucellosis move across the landscape. FWP and the Department of Livestock will work with landowners and other interested parties as the new knowledge helps them understand potential management response options.

Brucellosis is a bacterial disease that infects cattle, bison and elk and can results in abortion or the birth of weak calves. The disease is primarily transmitted through contact with infected birth tissues and fluids.