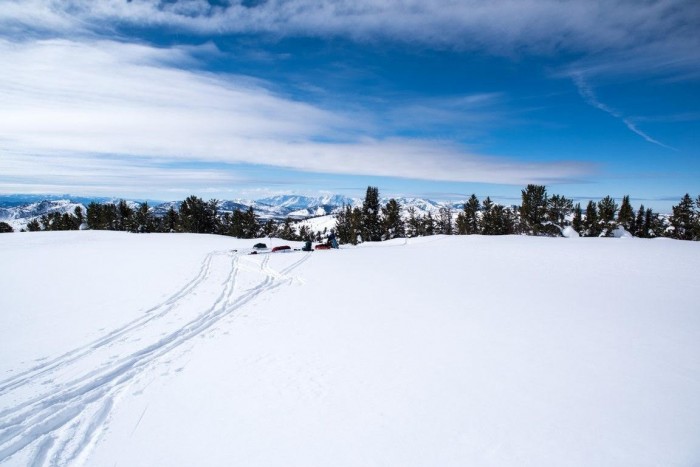 There’s tough, and then there’s old-guy tough, someone once told me. Old-guy tough is a whole other level, a durability and sensibility built up over decades of experience and challenges.
Tom Murphy, a Livingston photographer soon to turn 66, is such a fellow. He recently repeated a 160-mile trip across Yellowstone on skis, traveling from the southern border to Mammoth Hot Springs, Wyo. The first time, when he was 34, he did it by himself. The snow was deep and the nights were cold. Thirty-two years later he was accompanied by friends and a camera crew who filmed the excursion. The changes in gear made the trip somewhat easier, as did the change in climate. When Murphy traveled the route the first time the snow was often over his knees or calves. This time it was hardpack with only a fresh dusting of snow on top. The nights and days were warmer, as well, even though he traveled four days earlier this year.
To find out more about the trip and Tom Murphy, see my story in this week’s Billings Gazette Outdoors section at: http://bgz.tt/pggd2