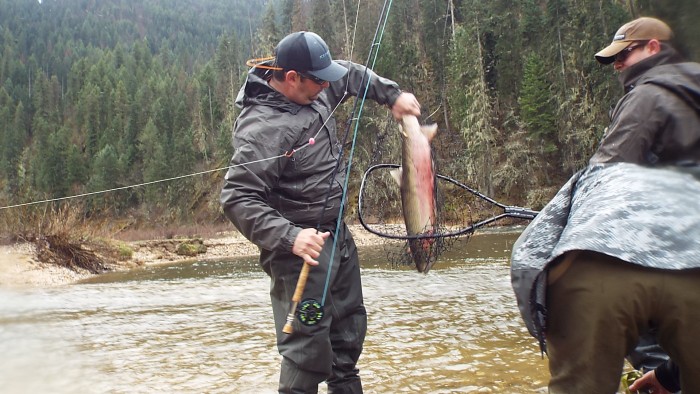 The Salmon River is currently flowing at 1,160 cfs through the town of Salmon, ID which is 108 percent of average for today’s date. Water temperatures remained in the mid to upper 30s throughout the week. Water visibility varied throughout the week but began to worsen in all areas Sunday due to increased runoff.

The Deadwater ice jam is now out, and road conditions downstream of North Fork have improved.