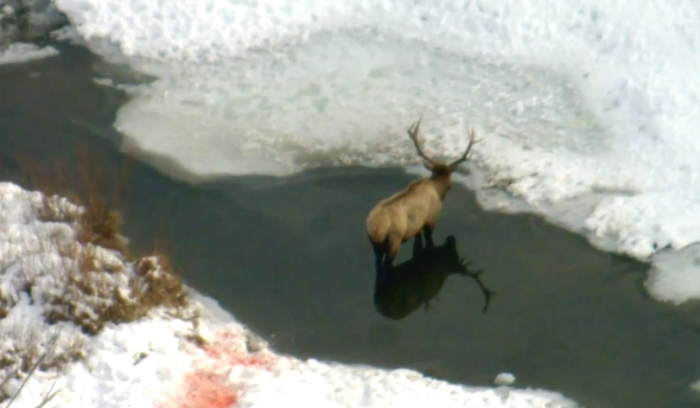 Here is some footage that was captured and taken from the air that involves a bull elk being taken down by the Camas pack of wolves up near Glacier National Park in early February.  It’s just more proof that wolves don’t only go after the sick, the small and the weak.

An article on the Spokesman Review website describes the video below as Jim Bob Pierce of Two Bear Air rescue recording what appears to be a stil-standing bull elk “awaiting fate”.  The gory site of attack is shows clearly in the snow.

After Jim Bob switches his camera to infrared, you can see the wolves patiently waiting in the timber close by.  Just some more footage of the Camas wolf pack decimating more of Montana’s dwindling elk herds.