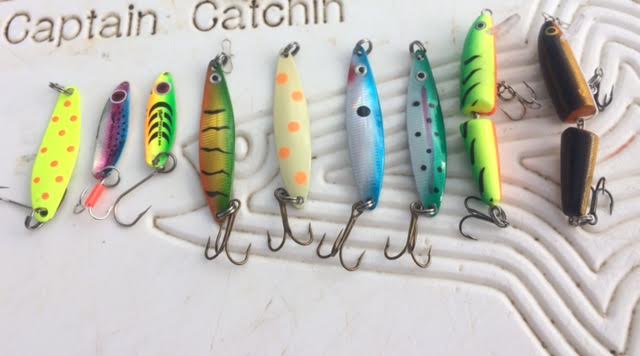 Nice weather means good spring fishing as the water in the lakes and reservoirs warms up. The kokanee salmon bite has been good lately on Lake Mary Ronan. Anglers are beginning hit the water and are finding the salmon in shallower water. “Most of the salmon that are being caught are on the bottom at 20 feet of water”, reported Jens Gran from Polson who I have anointed as the Lake Mary Ronan guru because of his ability to locate and catch the salmon in the lake. “One of my friends fishing in another boat caught his limit in about an hour the other day so the bite can be very good at times”, he said.

Over east of the mountain the northern pike fishing has also been good on Swan Lake. Using bait or tossing spoons has been working well for pike anglers.

John Harris from Trout Creek was upbeat with his fishing report from Noxon Rapids Reservoir this past weekend, “Anglers are beginning to catch walleyes by the golf course as the fish move up for their annual spawn”. Kits Tackle glass minnow jigs in the fire tiger color have been working well. Success of anglers also depends on the river flow, if the river drops overnight then fishing tends to be slower.

The trout fishing on Holter Reservoir has been very good in fact local angler Gary Thompson from Lolo reported catching some 15-16 inch walleyes while trolling for trout with a rapala, “On Saturday we caught four walleyes while we were trolling rapalas at 20 feet between the Log Gulch campground and Split Rock”, he said. Down Rigger Dale, Denny Bedard and Berny Croy from Missoula joined me last week and we had a lot of luck trolling for trout even though we had some weather systems move in and out of the area during out three day stay. You may view the lures that we were using to catch the fish on montanaoutdoor.com. The trout we caught were mostly in the 9-15 foot depth as we trolled at 2 miles per hour. This is also the time of year that huge numbers of trout come back to the boat ramps, where they were stocked, on Holter and anglers fish for them off the docks by the boat ramp with fly rods.
Canyon Ferry Reservoir has also been producing some great trout catches for boat anglers and Sharon from Silos RV on the south end of the lake reports that walleye anglers are beginning to pick up fish, “Boat anglers are catching walleyes off ponds one and four, trolling rapalas and Berkley crank baits, they are also have success with night crawlers while pulling a bottom bouncer”.

Turkey season is well underway after 17 years of hunting turkeys Klinton Kloppel from Corvallis bagged his first tom and shared the hunt and photo with montanaoutdoor.com, “After setting up my decoys (one jake and 2 hens) I tucked back under a pine tree and gave my Montana made box call a “yelp.” Immediately the tom replied. He was about 300 yards out. I put down the box call and inserted my mouth reed. I then ranged a couple trees, to figure out my kill zone. As soon as he made eye contact with the decoys, he fanned out and began to strut and in he came. As he tried to do a wide circle and get in front of the decoys, exactly 41 yards, he let out a gobble. That was when I pulled the trigger and the tom turkey dropped in his tracks”.