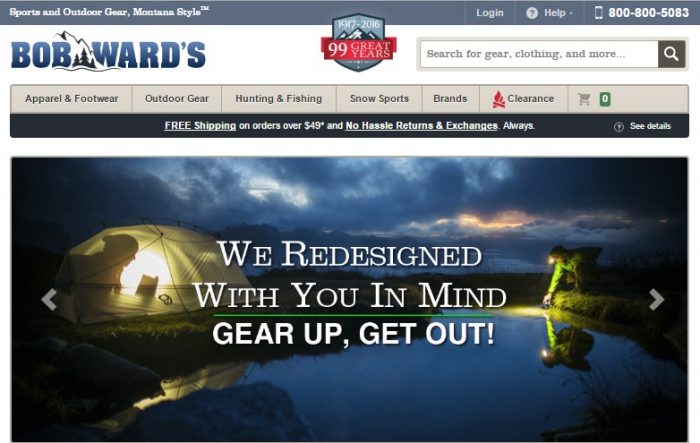 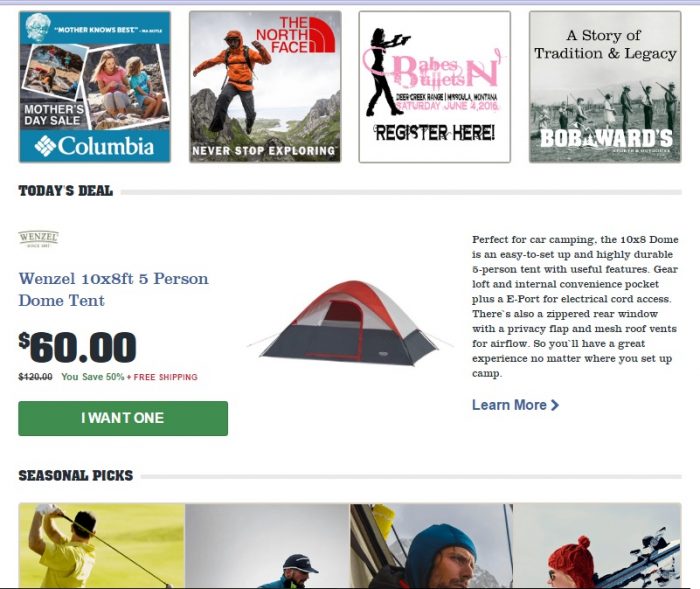 MISSOULA, BOZEMAN, HELENA, HAMILTON, & BUTTE, MT – “Redesigned with you in mind!”
Bob Ward’s is proud to announce the launch of their newly redesigned e-commerce website and mobile site www.bobwards.com. The new site has been timed to coincide with the company’s 99th anniversary in business. Everything has been reimagined, from the customer experience to order fulfillment. Finally, technology created to help you get outdoors, faster and easier.

Bob Ward’s e-commerce team worked closely with local developer Tim Christiansen and his team at H | X Design and Software Engineering on the new site. Tim, formerly the Director of Technology for Vann’s Electronics & Appliance, formed an independent website design company with Bobwards.com as its first major project. Along with VOIP and networking work by Univision Computers, Bob Ward’s and H | X Design and Software Engineering are now putting the final touches on a successful venture into cutting edge website design.

Chad Ward, President of Bob Ward’s, had this to say about the partnership:

“We are really proud and honored to partner with local Montana talent – (Tim and his crew, Univision, etc) – to create and support a top of the line ecommerce business.”

Bobwards.com is live now and continues to serve thousands of customers across the country. All made possible by local Montana companies working together to create a product of world class quality.

About Bob Ward’s:
Bob Ward’s is Montana’s oldest and largest sporting goods retailer with stores in Missoula, Butte, Helena, Hamilton and Bozeman, and online at www.bobwards.com. Bob Ward’s is celebrating 99 years in business in 2016.