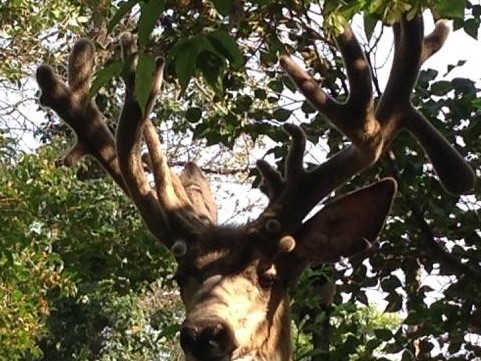 Christmas in April (by the Camo Queen)
By angelamontana 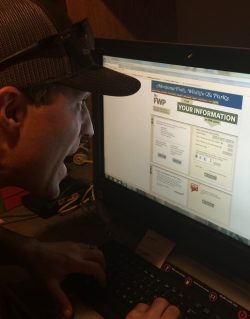 I HEAR A BLOOD CURDLING SCREAM, FOLLOWED BY STRANGE GRUNTING, AND A CRAZY MAN RUNNING AROUND EACH ROOM SCREAMING WITH HIS HANDS WAVING FRANTICALLY IN THE AIR.

My first instinct is the be scared but then I calmly look at the calendar next to my desk and see that it is April 15th.  I turn around and continue working.  I assume that the hooting means that the outdoorsman drew a special tag and I won’t have to battle the usual depression when he does NOT draw a special tag.

Somehow every year April 15th sneaks up on me.  What is so special about April 15th you may think…Unless you are a hunter and in that case the date April 15th has the same significance as December 25th.  The possibility of having the best day of your life occurs not by having a Christmas present shaped like a new rifle sitting under the tree but by simply typing in a special code, hunters know as their ALS number.  Once they type that number in, they eagerly await the possibilities.  It is like waiting for the balls to show their numbers in the Powerball drawing… This year I was rudely awakened to the date April 15th. 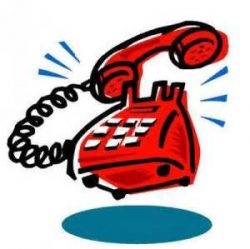 I was peacefully working away at work when suddenly my phone begins ringing endlessly.  I see that it is the outdoorsman’s other wife, his hunting partner, and so I answer it.  There must be some sort of emergency if he calls 5 times in a row right?  I answer, and he is literally panting into the phone, and asks if I know where the outdoorsman is because he hassssss to talk to him right this minute!!!!!  I tell him that I will give him the message when I see him.  (The outdoorsman and I work in the same office, so it is just a matter of minutes before I will see the outdoorsman)  The hunting wife hangs up after he makes me go search for the outdoorsman without success.  Literally 5 minutes later the hunting wife appears in our office.  His eyes are wild, his cheeks are flushed, and he frantically runs through the office in search of the outdoorsman. 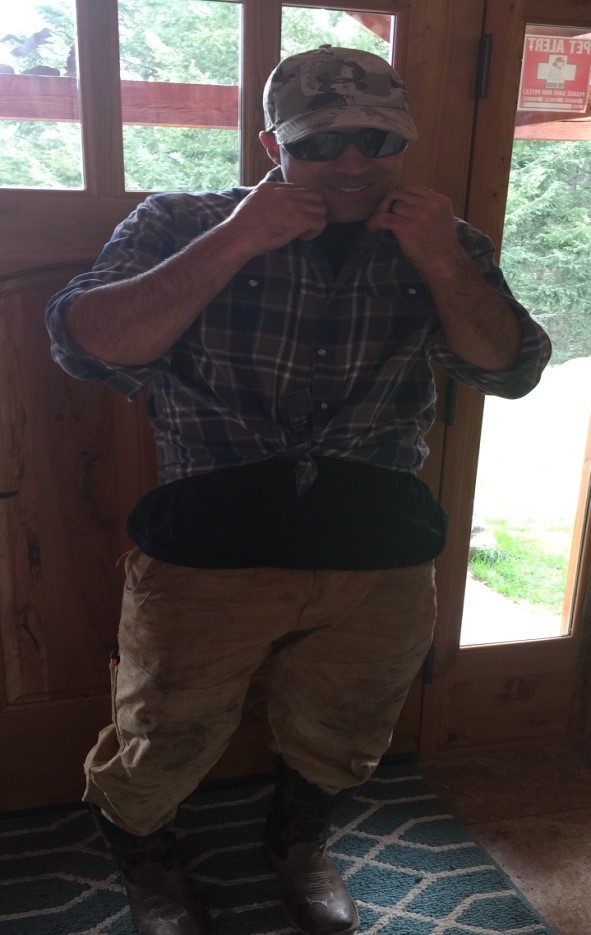 sudden there is a duet of screaming, cheering profanity, fist bumping, chest bumping and head butting.  I really do not understand the rituals of male excitement.  As soon as they are done bruising each-other up, the outdoorsman runs into my office like a cat with it’s tail on fire screaming and grabbing me by the shoulders, jabbering in some foreign caveman lingo.  Help!!!  But just as soon as he appeared, he is gone.  Into the next room grunting and dry humping everything in sight- you know chairs, plants and such.  That must be some tag they drew. Wow-weeeeee!  They are giggling like school girls and it is just plain weird.

A few minutes later, the duo is calm enough to speak normal people English and I find out that they drew a special permit group hunt for monster mulies.  So I am told there is not a muley that scores under 200 in this particular area and that they have been waiting 9 FREAKING YEARS.  (That is in caps, because it was spoken in very loud tones…My ears are still ringing.)  Apparently this is the land of the monster mule deer bucks, they are seriously freaks, awesome and I am informed this beast will be getting mounted if he is lucky enough to get one.  Did I expect anything less?  Judging by my living room walls, I was not aware that I was allowed to have a say in the critters that are “eligible” for mounting.

Needless to say, as I tucked the outdoorsman into his camo sheets that night…he didn’t have visions of sugar plums dancing in his head but those of mule deer bucks lining up in his crosshairs.