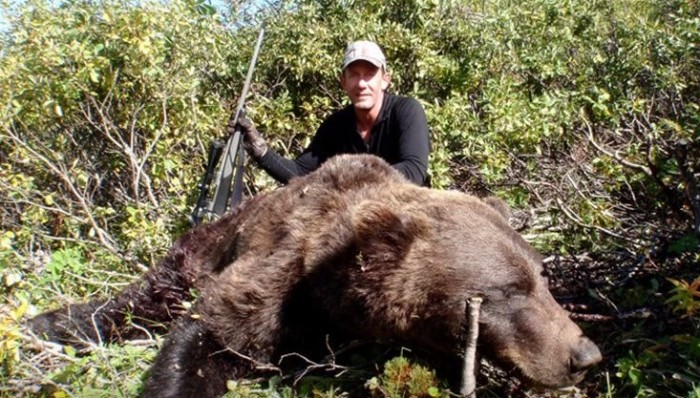 Will Grizzly Bear Hunting Return To Montana?
By Toby Trigger

The success of the Grizzly Bear listing under the ESA has culminated once again in a draft hunting season structure document created by the Montana Fish Wildlife and Parks Agency.

In 2007 Grizzly Bear Delisting talks were squashed by litigious anti-sportsmen groups. Now here we are again with talks of a grizzly bear hunting season but already groups like the Sierra Club are vocalizing concerns about things like connectivity, essentially a cooridor between viable habitat.

Since there is a lot of money to be made by sueing the pants off the state the odds aren’t really all that great that we will see a hunting season for these bruins anytime soon. But…

The MTFWP must creat a document outlining how a season structure might look as a result of potential delisting of this species. This season structure was drafted and released to the public on May 5th. The draft will be presented at the May 12th FWP Commissioners meeting to be held in Helena. According to the document the mortality (a.k.a. harvest numbers) of grizzly bears would likely not exceed 10 per year and may be zero in some years.

The proposal is to have a draw and a quota established like other big game species in the state such as moose, sheep and goat.   The goal of the proposal is to target males.  This would be accomplished by holding a season later in the year because females and cubs tend to den earlier.  Spring seasons would be earlier in the spring because males tend to wake up earlier than females and cubs do.  The FWP is also proposing a new course to help identify the differences between males, females and black bears vs. grizzly.  So what does it look like? It looks like this:

Montana’s proposed grizzly bear season structure and framework is conservative and designed to minimize take of female bears. The important elements are:
• Seven Grizzly Bear Management Units to distribute harvest and avoid multiple harvests in one unit. Each unit will have its own harvest quota that will close the unit if reached.
• To protect females and young of all ages no harvest of any bear that is with another bear or bears.
• Season dates designed to protect females. Females, especially those with young, emerge from dens later in the spring and go in earlier in the fall than do males. Proposed dates are early spring (Mar 15 – Apr 20) and late fall (Nov 10 – Dec 15).
• It is illegal to take a bear that is in its den.
• Limited quota of licenses by drawing equal to Montana’s harvest allocation.
• Mandatory hunt orientation course for license holders.
• Seven-year wait for hunters who draw a license.
• Twelve-hour reporting period for harvests and mandatory check within two days.
• Season will close within 24 hours of reaching either the female quota or the male quota.

There will be a lot of opposition to this by anti-Montanan’s and equal support by the rest of us.  But don’t get your hopes up too much this is the beginning of another long battle like we Montanan’s experienced with wolf harvest.  As long as there is money to be made by animal rightists the hands of our state officials will remain tied.  But who knows, maybe I’ll draw a grizzly bear tag in Montana some day.