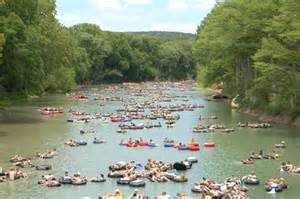 Anglers, river recreationalists and landowners along the Missouri River downstream from Fort Peck Dam to the headwaters of Lake Sakakawea will see a significant increase in boating activity, due to an interagency study designed to learn more about the drifting behavior of larval pallid sturgeon. The study will take place from late June to early July, but the exact dates are yet to be determined. Additional notice will be given when the project begins.

This collaborative study, being led by the United States Geological Survey, will use as many as 400,000 larval pallid sturgeon produced at Garrison National Fish Hatchery, and place them in the Missouri River about 10 miles below Fort Peck Dam. The project will begin after the eggs begin to hatch, which is likely in late June. Other organizations involved in the project include Montana Fish, Wildlife and Parks, U.S. Fish and Wildlife Service, U.S. Army Corps of Engineers, Bureau of Reclamation, and the Western Area Power Administration.

Results of previous studies imply that larval pallid sturgeon need to drift long distances before they can safely settle out of the water column and begin feeding. Better understanding of the dynamics in which the larvae move downstream, and how long they need to safely settle out and begin to feed, may lead to important recovery options for this endangered fish.

Crews will follow the larvae downstream twenty-four hours a day for over a week, using larval fish nets to sample the drifting population. In addition, environmentally friendly tiny plastic beads, designed to mimic larval fish, will be used to evaluate how similarly the beads drift in comparison to the actual fish. If the beads adequately mimic drifting larvae, further studies could eliminate the need to use live sturgeon; saving time, money and resources.

Other boat crews will be measuring the hydraulic dynamics of the Missouri River to gain a better understanding of how these tiny fish move through the differing habitat conditions. Also, a special dye will be used as an additional tracer to help crews evaluate water flow variability.

This study should have no negative impacts to irrigators along the Missouri River. River flows coming out of Fort Peck Dam will be stabilized for several days to assist in the experiment; however, no significant difference in flow volume is expected to occur compared to normal river operations.

The main impacts to local residents will occur at boat ramps and on the river itself, where boaters and other recreationists are encouraged to be mindful of the potential danger in substantially increased boat traffic and activity.

Questions regarding the study or its impacts can be directed to Tyler Haddix at Montana Fish, Wildlife and Parks in Glasgow at 406-228-3707.