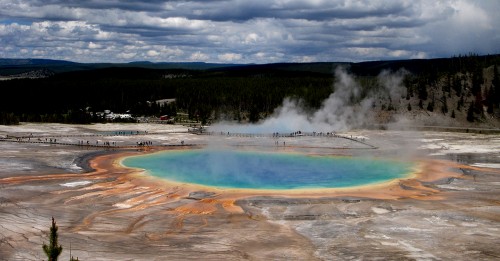 KTVQ is reporting that a child was flown to Salt Lake City after being burned in Yellowstone National Park.

“YELLOWSTONE NATIONAL PARK –
A 13-year-old boy is recovering after he was burned at a thermal pool during a visit at Yellowstone National Park.

Park officials said the incident was initially reported Saturday evening near Morning Glory Pool, but both the teen and his father were located near Castle Geyser.

The boy received burns around one of his limbs, but officials would not say which limb or the extent of the burn.

Officials declined to release more specific information about the incident citing patient privacy, but they did say the boy was flown to a Salt Lake City hospital for treatment.

Officials reminded park visitors that because there is no way to tell from looking at the ground if the water is hot, it’s important to be careful around the many hot springs.”