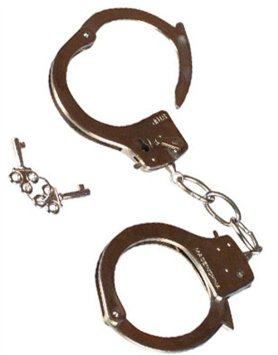 Ecoterrorists with Montana ties have substantial support
By Moosetrack Megan

Once upon a time, when someone destroyed other people’s property and had the book thrown at them by a judge it was something that was admonishable and brought shame.

That is apparently not the case today, as evidenced by two ecoterrorists who went on a rampage across the U.S., including targeting the Darby police chief, leaving thousands in their wake. The pair have a Facebook page here: https://www.facebook.com/supportnicoleandjoseph/?fref=nf . More than 1,500 people have liked it.

They also have a website where you can learn how to make the criminals more comfortable as they do their sentences for the havoc they caused by giving them donations or writing them letters: https://supportnicoleandjoseph.com/

Does anyone else think this is ludicrous?

Here’s our previous rundown of the case from last month. Kissane will be sentenced soon.

Sentencing is at hand for California ecoterrorists who went on a vandalism spree in 2013 across the western U.S., including the release of a bobcat from a fur farm in Plains on July 27, 2013.

The pair were also convicted of vandalizing the personal and work vehicles of the police chief of Darby, Montana, who according to court documents drafted by the FBI, “was well-known and disliked by animal rights activists.”

They also on July 29, 2013, the defendants caused the release  of, and destroyed the breeding records of, approximately 1,800 mink from the Moyle Mink Ranch in Burley, Idaho.

Joseph Buddenberg, 32, and Nicole Kissane, 29, went on a 40,000 mile trip across the United States, leaving thousands of dollars in damage in their wake in the name of animal rights.

Buddenberg pleaded guilty in February to a charge of conspiracy to violate the Animal Enterprise Terrorism Act. He was sentenced earlier this week to two years in federal prison. Kissane pleaded guilty to an identical charge. She will be sentenced in June.

Original details from the FBI, mid-2015:

SAN DIEGO – Animal-rights activists Joseph Buddenberg and Nicole Kissane were arrested by the FBI today and charged with terrorizing the fur industry during cross-country road trips in which they released thousands of mink from farms around the country and vandalized various properties.

According to a federal grand jury indictment unsealed today, Buddenberg and Kissane caused hundreds of thousands of dollars in damage during the nationwide spree in the summer of 2013. The indictment alleges that the pair snuck onto farms and freed minks and destroyed breeding records in Idaho, Iowa, Minnesota, Wisconsin and Pennsylvania during multiple trips, and in one case they released a bobcat from a farm in Montana.

The defendants were charged under the Conspiracy to Violate the Animal Enterprise Terrorism Act. They were arrested in Oakland this morning by agents from the FBI’s San Francisco field office. The government will seek the removal of Buddenberg and Kissane to the Southern District of California to face charges.

According to the indictment, the unemployed defendants sold items on eBay and Amazon to finance their trips. To avoid detection by law enforcement, the defendants withdrew large sums of cash from their bank accounts immediately before setting off on a road trip. During the trips, they largely avoided the use of phones, used only cash for purchases and stopped logging in to known online accounts and email. Instead, they used public internet computers and encrypted email.

Once they returned from the trips, they resumed normal use of phones and computers and no longer relied solely on cash to make purchases.

“Whatever your feelings about the fur industry, there are legal ways to make your opinions known,” said U.S. Attorney Laura Duffy. “The conduct alleged here, sneaking around at night, stealing property and vandalizing homes and businesses with acid, glue, and chemicals, is a form of domestic terrorism and can’t be permitted to continue.”

“Today’s indictment represents the collective efforts of several FBI Joint Terrorism Task Forces (JTTF) around the country,” said Eric S. Birnbaum, Special Agent in Charge of the FBI’s San Diego Field Office.  “The FBI and our JTTF partners will continue to investigate and seek the prosecution of those who engage in similar criminal conduct for the purpose of advancing their own personal agenda.”