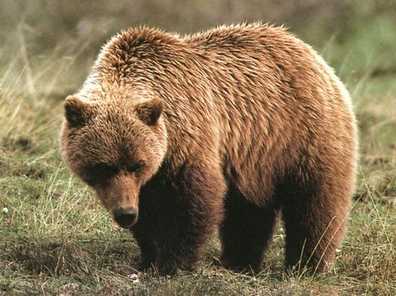 GRIZZLY KILLS OVER 40 SHEEP IN MONTANA, IS EUTHANIZED
By rowdyrob

A Montana rancher reported that a Grizzly Bear has killed over 40 sheep on his Ranch near Valier, Montana.  The attack(s) happened over the holiday weekend and were linked to a large Grizzly with blood on his paws.  The same Grizzly has a past of aggression towards sheep as it killed nearly ten just a year ago.  The Grizzly was tranquilized and relocated then, and was euthanized Tuesday evening for this act.  It usually takes three offenses before a bear is euthanized, but with these two serious offenses, it was the choice FWP had to make.