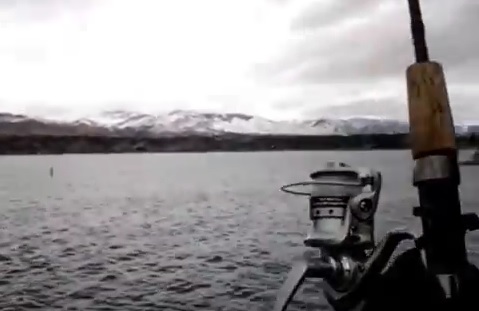 Mystery Bite (by the Camo Queen)
By angelamontana 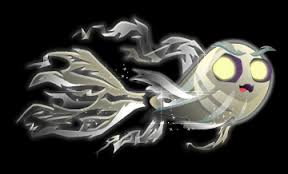 Have you ever wondered why you never get as many “bites” as the outdoorsman in your life?  It seems no matter how hard you try, how much you wiggle your worm, or how much concentrate, that you simply cannot compete with the sheer number of bites your outdoorsman gets.  The other strange problem is that I seem to not even see all of the bites and HUGE fish that I am missing, even though I am staring at my line like a rabid coyote on a fluffy bunny. The crazy thing is that the outdoorsman just happens to see all of the bites that I am missing as well as those that he is missing.  By the end of the day, I really am not sure how he hasn’t lost his voice from all of his fanatical screaming.    It really is no wonder that the fish are scared to bite our hooks.  They probably can hear him hooting for miles.  After a while, I start to wonder.  Is there really a fish?  Wasssss there ever really a fish?  Am I legally blind and do not know it? 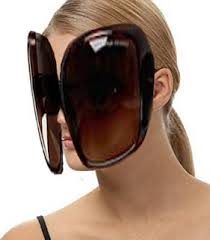 At first, I was told that my problem was that I needed to get these particular “magic sunglasses”.  So I marched my happy butt down to Bob Wards and bought myself some of these polarized “magic sunglasses”.  Yes, I can see the fish under the water much better, but I still do not seem to see the HUGE fish that just came and bit my line and then of course, according to the outdoorsman, I “missed”.

I am comforted to know that I am not the only one in the outdoorsman’s life that misses 90% of the fish that supposedly bite my hook.  All of his buddies crack a brewsky as soon as they wet they line, so that they too can endure the fanatical fish screaming that they know will ensue shortly.  Now, don’t get me wrong, the outdoorsman is not being mean, but he is simply innnnnsannnnely passionate about catching every fish in the water.  He is almost like a cartoon character that has had way too much coffee and is jumping at the mere utterance of the word “fish”.  He is so excited about every fish, big or small, that he simply cannot contain himself.  He will cast until his shoulder aches, he will yell in glee until his voice cracks like a prepubescent boy, and he will have a hell of a time doing it. 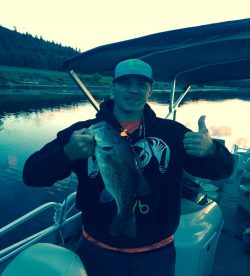 When our boat happens to cross paths with another boat, I am fairly sure that they think that there is a murder occurring.  Nope, it is just the outdoorsman, gone fish crazy.  I must admit, sometimes, it’s a bit embarrassing when he is “cat-calling” in a creepy perv voice to the fish.  Yikes!  I’m not really sure if he is trying to seduce or catch the fish.

Now, I love to fish, love the adrenaline rush, and love kicking the outdoorsman’s butt in the fishing competitions that he insists on having, but…. A few weeks ago, we got to go on the Smith River float.  The outdoorsman was so excited to go fish the Smith, that he was literally insane.  The night before we were set to head over to the Smith, the outdoorsman kept poking at me until I woke up and then would start panting, making some crazy beaver

face, and ranting about fishing.  Needless to say, it was a sleepless night with lots of whacks upside his head with a pillow.

In the end I have decided to embrace the 50 heart attacks he gives me by yelling, “You got one!”  How do I do this?  I do it right back and boy, oh, boy…It is FUN.  I put on my “magic glasses” and yell at ever water ripple that happens to bump his line.  I am losing my voice from yelling, “Fish ONNNNN!” He falls for it every time.  Sucker!