No More (with Colonel Smoothbore) 6.19.16
By angelamontana

This has been a really difficult week. I’ve been sad, frustrated, disappointed, and very, very angry. The source of the sadness is the tragic loss of American life in the Orlando shootings. The frustration, disappointment, and anger is based on hearing the same old tired rhetoric that comes from the politicians, bureaucrats, and the “talking heads” as they pander and proselytize to what they see as the unwashed and ignorant masses; those masses include me and you. And when all the noise is over, once again, nothing will change.

Every time some evil person commits acts of murder such as those committed by Omar Mateen, we hear the same words. One side always says “guns did it!” Others counter by saying “we need more tools to investigate…” And of course the root of all evil is the NRA and the “gun lobby.”

I am an Endowment member of the National Rifle Association of America and I hold 9 different NRA trainer’s certifications. I unequivocally state that through my classes I have done more to stop firearm’s accidents and violence that the all the gun control advocates and their “common sense” schemes that would do little or nothing to save lives.

Over the years I learned that if I paid great attention to the founders I can find great wisdom and guidance in their writings and speeches. Jefferson, Madison, Franklin, Washington, Adams, Paine, and others understood human nature, and most importantly, liberty. They knew that we thrive and flourish when we are left to our own ingenuity. They also knew that there will be those among us that will try to take advantage of us, and that we must guard against placing trust in charlatans.

I believe that we are in a war with ideological thugs that want to destroy us. We are not in a war with a religion or with a people or with an ethnicity. We cannot win this war by forfeiting our rights. I hear some say we must ban certain guns and now the new term to describe them is “weapons of war.”

We tried that for 10 years and it made no difference in crime. We are fighting terrorists and gun control will do nothing to stop it. We are told that we must give up some of our 4th Amendment rights so investigators can find the “bad guys.” We are chastised for stating our opinions and told that we must muffle our thoughts and voices so as not to offend someone’s feelings. 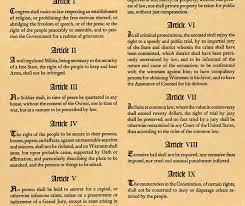 I am a proud Montanan and a very proud American. I’ve had it with those who accuse me of being the source of terrorism, who demean and denigrate me for speaking my mind, and who demand I acquiesce to their demands so I can be “safe.” Too often we hear from politicians, bureaucrats, and “experts” that they “can’t” do this or that. They need us to grant them more power, that for them to provide security, we must give up more of our 1st, 2nd, 4th, 5th, or other rights. They never have enough power and all we hear from them is “We need y 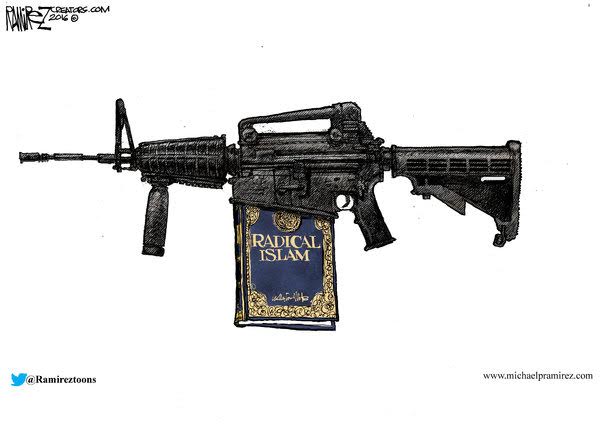 Here’s my answer and it is final. This morning, like nearly every morning for 64 years, I rose from bed and looked in the mirror. I saw an American. So to you who demand more from us, to those of you who pander to, demean, and denigrate us, to those of you who promised to protect us and failed and now claim you need even more power to do so, to you Americants, my answer is not only NO, but HELL NO.