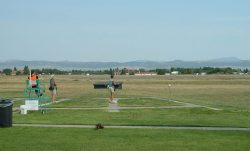 As I write this column, the Montana State Trap Shooting Tournament is in full swing at the Helena Trap Club. Here’s a little history of this fine club in Montana’s Capital City.

The Helena Trap Club began in the 1920’s as a member and volunteer-operated shooting club. In its early years the club was known as the Helena Gun Club. In the Club’s later years it was known as the Helena Trap Club. From 1947 up to the present the club has operated at the Helena Valley location of 5505 North Montana Avenue. Prior to this, from 1927 to 1946, the club operated in the area of what today is the intersection of Highway 12 and Linden Avenue. At this time, April 2016, the Club has nearly three hundred members. For more information please call 406-458-9902. 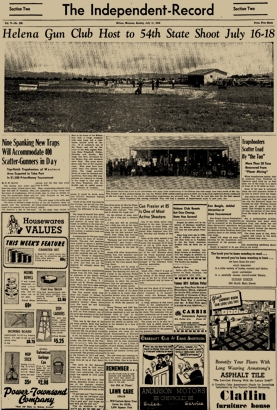 The club has 14 trap fields, a spacious club house, and is a great place to shoot. It lies in the north Helena valley just west of I-15. Membership is $ 50.00 for a family including children under age 25. A round of trap is $ 5.00 for non-members, $ 4.00 for members, and 12 round punch cards can be purchased for $ 45.00. The club runs leagues and also offers “wobble trap,” a really great practice for both hunting and competition. Want to try the trap game or clean the rust off your hunting skills, try the Helena Trap Club. 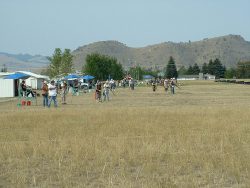 As I stated earlier, the state shoot is in full progress for the 122nd time. $ 14,000.00 in trophies and $ 13,600.00 in added prize money will be awarded to shooters of all ages and sexes.
But for me the very best thing about the state tourney is meeting up with old friends and finding 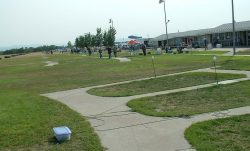 new ones. It’s 5 days, 1340 targets, and just about as
much fun as one old man can handle. If you get a chance, give it a shot sometime. Next week I’ll get you some results and pictures of one of Montana’s great events.