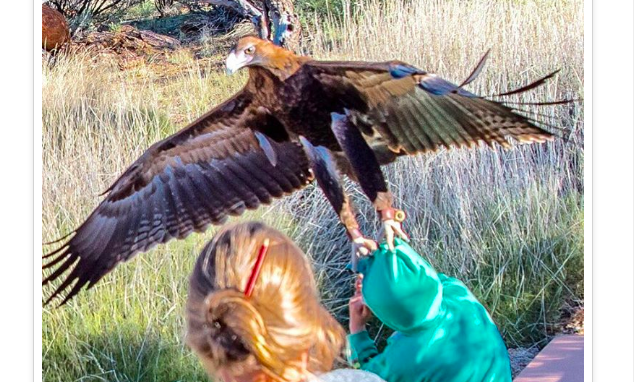 During a Birds of Prey Wildlife Show at Alice Springs Desert Park, Australia, a young boy got more than he paid for!  A wedge tailed eagle, Australia’s largest bird of prey, veered off course and planted it’s talons into the boy’s head and attempted to fly off with the boy.  Other spectators said that the boy was zipping and unzipping his hooded sweatshirt relentlessly which seemed to irritate the raptor.  These raptors are known to prey on lambs, so attacking a child is not far out of it’s size capacity.

One spectator, Christie O’Connell, was lucky enough to take a photo of the incident. 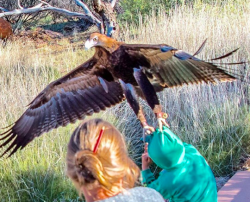 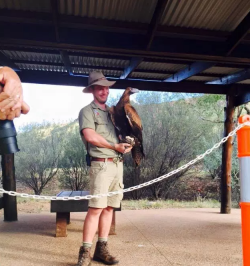