Jim Hawkins is Colorado resident, 66 years old, a retired Denver firefighter, a folk singer, and now a bear wrastler!  This last Wednesday, Hawkins spotted this 100 lb glutinous black bear with it’s head stuck in a cheesy puff container in the backyard of his bed and breakfast.  Hawkins said he looked like he had a space helmet on, but instead of giving him oxygen, the bear was suffocating.  Hawkins decided to spring into action and managed to rope the bear wearing only a pair of gloves as protection to keep the bear around until backup authorities arrived.  The bear then became very confrontational and attacked Hawkins whom assumed the bear’s eyesight was tainted by the cheesy puff helmet.  He quickly learned that the bear could see just fine as it charged at him clawing at him until several minutes later it retreated up a tree.

It was later darted when authorities arrived and relocated after the container was removed.  The bear did leave Hawkins with several wounds and scratch marks on his arms, a couple having to receive stitches.  Check out the pictures below and read the full Washington Post article here. 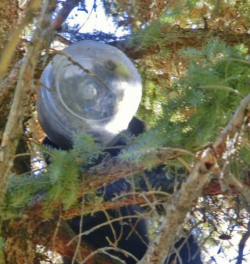 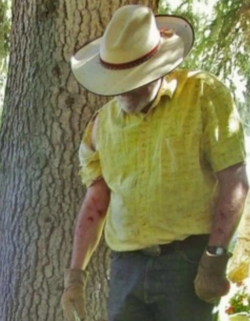 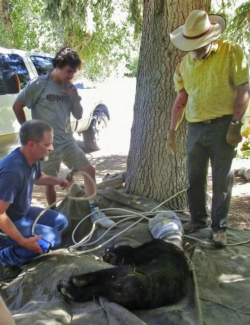