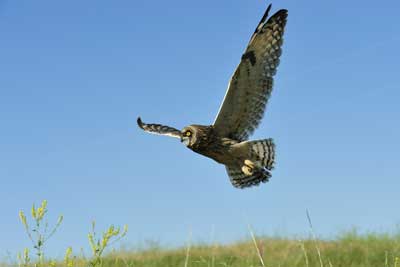 BILLINGS — Montana Fish, Wildlife and Parks will restrict fishing on parts of the Stillwater and Boulder rivers in south central Montana beginning 2 p.m. Saturday July 30, 2016, due to warm and rising water temperatures.

The “hoot owl” restrictions mean that anglers may not fish between 2 p.m. and midnight each day. The restrictions were triggered when water temperatures in the two streams reached at least 73 degrees for three consecutive days.

The restrictions will apply on the following stretches of water:

The “hoot owl” restrictions begin at 2 p.m. each day because water temperatures tend to spike during the heat of the day and surpass the 73-degree threshold by mid-afternoon, FWP fisheries biologist Mike Ruggles said. The higher water temperatures are highly stressful to fish and can be fatal if the fish are put under an additional burden of being caught by an angler.

Fish that are not stressed by anglers can find a reprieve during the early hours of the day, when water temperatures are cooler, and in shady spots as the afternoon sun heats up, Ruggles said.

The Stillwater River flow at Absarokee was measured at 606 cubic feet per second this week, Ruggles said. That is less than half of the average of about 1,300 cfs at this time of year. The Boulder River was running at 158 cfs, well below the average of 400 to 450 cfs for late July.

Low flows mean that the water can heat up quickly and get warmer during the afternoon.

Though water temperatures in streams such as the lower Yellowstone River are higher than 73 degrees, they are populated with warm-water species such as channel catfish, bass and sauger, Ruggles said. Those fish thrive in warmer water and restrictions are not necessary. Trout are considered cold-water fish, however, and are susceptible to heat, prompting restrictions on streams where they live.

Biologists will continue to monitor the flow and temperatures of rivers throughout the region to determine if others need to be restricted or when restrictions on the Stillwater and Boulder rivers can be lifted.

For up-to-date information on restrictions related to drought, visit fwp.mt.gov/news/restrictions/.