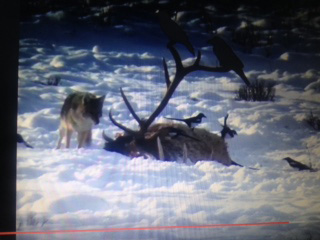 Wolf quota to remain the same
By Moosetrack Megan

The Montana Fish and Game Commission voted last week to keep the wolf hunting and trapping quota for a hunting district near Yellowstone at 2, after proposing raising the quota to four wolves.

A commissioner said that the vote was a compromise between hunters, trappers and ranchers who would like to see more of the animals killed, and anti-hunting and trapping groups that protested raising the quota.

Wildlife officials estimated that 29 wolves live in the area.