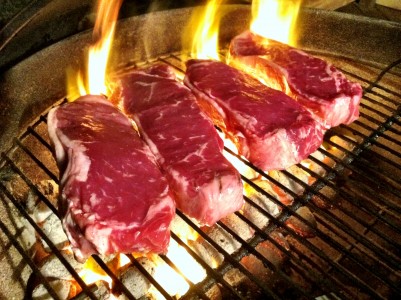 (Big Sandy, MT) – Senator Jon Tester called on the U.S. Department of Agriculture to increase transparency and address safety concerns regarding the importation of Brazilian beef.

This week USDA announced a policy change allowing Brazil to send raw beef to the United States.  Tester sent a letter to Secretary Vilsack on behalf of Montana consumers and hard-working cattlemen and women outlining his concerns about Brazil’s food safety standards and its meat industry’s recent history of Foot and Mouth Disease (FMD).  Tester pushed the USDA for answers on what the Administration has done to improve the emergency response to an animal disease outbreak such as FMD.  Additionally, he called for more transparency in how this decision was made and how these food safety standards would be verified in the future.

“Montana cattle producers have the best beef around, and they are held to the highest food safety standards,” Tester wrote.  “We should expect no less from Brazilian producers.”

In light of this decision, Brazil is expected to send 60,000 tons of beef to the United States this year.

“Montana ranchers cannot afford to jeopardize our state’s world renowned cattle herds to possible Foot and Mouth Disease exposure as a result of USDA’s recent announcement to import fresh chilled or frozen beef from Brazil,” said Errol Rice of the Montana Stockgrowers.  “We appreciate Senator Tester’s urgent inquiry into USDA’s decision and we look forward to working together to ensure that all possible risks to FMD have been thoroughly analyzed and addressed with rigorous scientific protocol by USDA.”

“USDA’s announcement falls in line with the number of obligations currently directed by agreements within the World Trade Organization (WTO) to the US.  The problem is that too often Brazil adheres to a “do as I say- not as I do” type of policy.  Brazil has a lengthy history of WTO violations that continue to undercut all sectors of US production agriculture.  Despite this, Brazil is the first to leverage the WTO when it works in their favor,” said Leo McDonnell, Director Emeritus of the US Cattleman’s Association.  “Senator Tester’s letter and ongoing efforts to combat such abuses ensures that both Montana and US cattle producers will not be run roughshod over by a country that continues to fail on every level in living up to international commitments.”