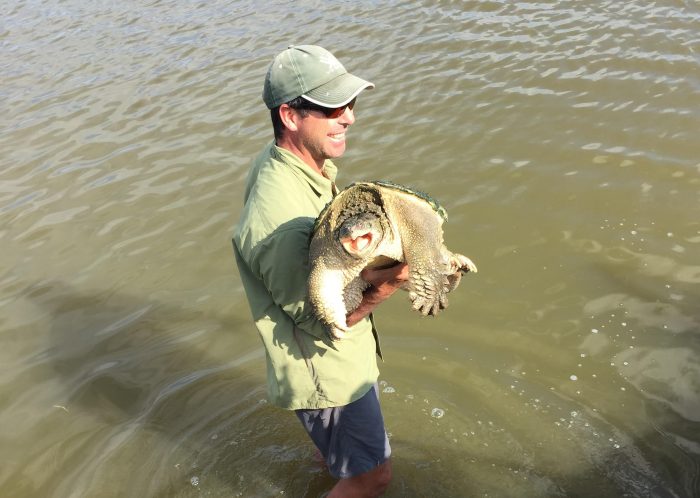 Most river recreationists probably don’t have an encounter with a turtle in Montana. The amphibians are pretty shy and would just as soon avoid humans. So a study being conducted by students at Rocky Mountain College is helping to increase the minimal knowledge base about the animals.
This summer two students, assisted by their professor and Fish, Wildlife and Parks, baited and trapped turtles in the Yellowstone, Clarks Fork of the Yellowstone and Bighorn rivers, as well as a couple of creeks and ponds. The craziest turtles they catch are snapping turtles, which look like they are armored for war with jagged legs, sharp beaks and a tough shell. They also catch spiny soft-shelled turtles, a species that thrives in faster moving water.
To learn more about their work and the turtles, see my story in this week’s Billings Gazette at: http://billingsgazette.com/lifestyles/recreation/