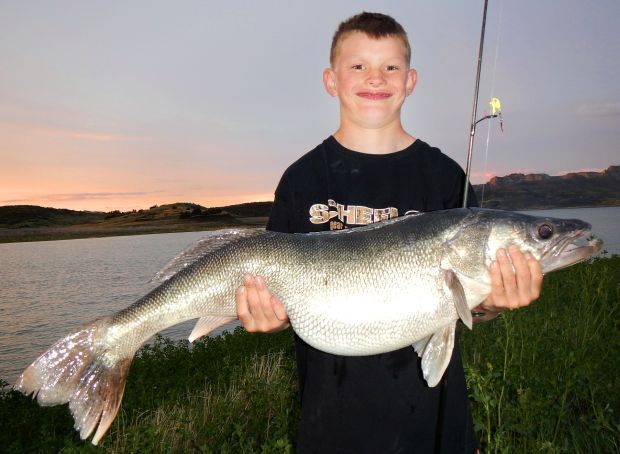 Little Blackfoot/Boulder/Prickly Pear: If you’re looking for some smaller water it’s a gorgeous place, water is a low and clear.  Terrestrials are out —ants, beetles, and hoppers are jumping around out there so make sure to bring along your favorite hopper pattern.

Canyon Ferry: For trout we’d recommend using worms, egg sucking leeches, PowerBait, egg patterns, and egg sacks. For Walleye we recommend tossing some cranks or jigs with perch (or fire tiger); worm harnesses are also working. Early mornings and evenings try cruising out in the flats with cranks or worm harnesses above the duck ponds as Walleye are active, especially early mornings and late afternoons. Once you find the walleye switch over to jigging leeches and let the fishing begin.  If you’re after trout try the north end—the bite has been consistent, if you’re closer to the south-end try fishing by the dykes for some cruising rainbows.

Helena Valley Reservoir: It’s snagging season at the reservoir. Swing on in and pick up some treble hooks and weights and get ready to hook-up some salmon.

Missouri River: Keep an eye for the Tiny BWO hatch in the afternoons.  The other fly to try out is the October Caddis.  Terrestrials are hitting well right now so bring some of your favorite hopper patterns, don’t hesitate to toss the larger patterns as well.  Streamers are also starting to take off and the weeds haven’t been bad so don’t hesitate to pull out your favorite streamers for a couple of big trout.  This week is looking a bit wet so bring your rain gear, dry flies, streamers and net.