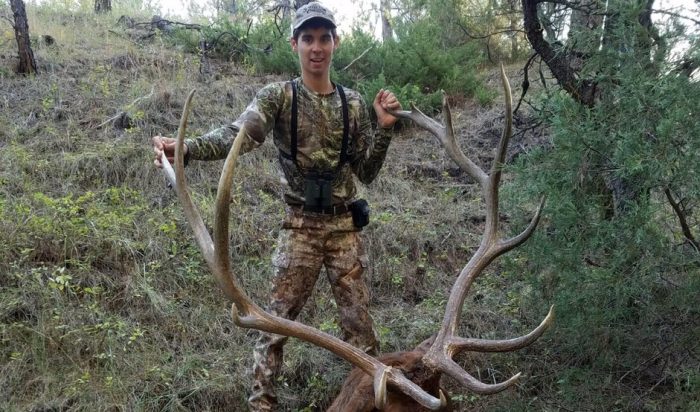 Another Giant Montana Bull!
By angelamontana

17 year old Brem Phipps from Jordan saw this 6×8 bull and blew him out at 30 yards. Two days later Brem’ and his dad Clyde were watching the herd bull and his cows.

They were moving toward Fort Peck Reservoir. The father and son decided it was time to get in position so they headed down to the reservoir where they had a good idea where the elk they might go.

Clyde asked Brem where he wanted to sit. Brem decided his best opportunity would be by the trail that the elk would take as they headed to the water. It only took 5 minutes for the bull to get within 20 yards of Brem. The bull bugled and then walked out in the open 18 yards from Brem.

He drew his bow and stuck the biggest bull that he has harvested so far. A 357 Montana Bull Elk. The other bulls were 320 last year and a spike two years ago. 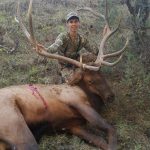 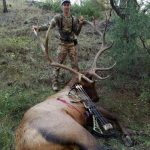