Another New Speed Demon (with Colonel Smoothbore)
By angelamontana

FK BRNO is a firearms manufacturer in the South Moravian region of the Czech Republic. It is located in the region’s capitol city or Brno, second largest city in the Czech Republic. FK BRNO has a new handgun system that may alter our ideas about handgun power and the use of that power.

First the 7,5 FK cartridge. This is a bottleneck pistol cartridge with a 7.5 mm (approximately .30 caliber) diameter bullet. The case is 27 mm long and COL is 35 mm. I have to use the metric numbers as the FK BRNO site doesn’t show English units. I did find some performance ballistic information tha

t claims a 100 grain bullet with a muzzle velocity of 2000 fps and muzzle energy of 900 ft/lbs. These numbers are from a 6 inch barrel. The energy is in the .44 Magnum range and the firm claims it is attained with much less recoil. The company uses three types of monolithic bullets, hollow point, frangible, and one described as “Spoon Tip”.

Now the pistol. It is a single action, tilting barrel design that appears to be a CZ 75/ Hi-Power

clone on steroids. The company claims that the gun is a totally new design. The gun has a 6 inch barrel, magazines hold 14 rounds, is a heavy 46 ounces, 9 inches long, and grips are either aluminum or wood. There are two models; the Standard Field and the Combat sport with the latter being slightly smaller and dehorned for easier holstering and handling. Also available is a folding stock that connects to the grip providing a more stable shooting platform. The gun can be had with one of three different sigh 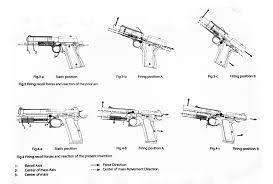 The system is designed for long range pistol competitions, hunting, and silhouette shooting. It is primarily an extended range gun and cartridge that provides a flat trajectory, heavy downrange energy, and excellent accuracy. I’ve tried to find a MSRP for the gun and had no success in doing so. The FK BRNO website does not list a U.S. distributor or any de

alers, though the company is advertising in firearms periodicals like Guns and Ammo, and American Rifleman.

This cartridge and pistol are creating quite a bit of buzz in firearms circles, but I can’t find any range tests. If the system lives up to the claims made by FK BRNO, it could be a big hit, but only if gun and ammunition are readily available and affordable. We’ll know in a couple of years if this new speed demon round is a commercial success or just another lump of coal in the pile of promising, but failed designs. If you would like to learn more about the 7,5 FK, watch the video at www.fkbrno.com, it is quite impressive.