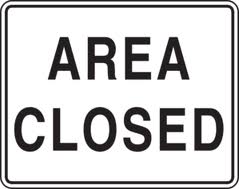 Area closed because of bear attack
By Moosetrack Megan

Investigators found that there were no images of bears on the wildlife cameras installed near the bear attack site northeast of Whitefish.

On Sunday, October 16, a man was attacked by a bear about 3-1/2 miles northeast of Whitefish on F. H. Stoltze land between Wisconsin Avenue and Haskill Basin Road.  The man was transported to the hospital with non-life threatening injuries. FWP responded that night to the site and began investigating the attack.   FWP returned to the attack site Monday morning.  They removed a deer carcass that the bears had been feeding on and set up trail cameras to begin monitoring the site and area. This morning the investigators returned to check the cameras and found no images of bears.

FWP will continue to monitor the site.  The monitoring results will determine any further actions.

In the interest of public safety, Montana, Fish, Wildlife and Parks worked with F. H. Stoltze and posted and closed the area where the attack occurred (See attached closure map).

The closure area has been refined to include only F. H. Stoltze land in Section 21 and State Land in Section 16 located west of Haskill Creek Road and east of Wisconsin Avenue. The area will be closed until further notice. Biologists note that other bears may be present in this area as well as surrounding areas.

FWP’s Wildlife Human Attack Response Team is investigating the incident.  The team is comprised of specially trained wardens and biologists.